The Estuary Hotel & Spa
Lowest prices for your stay
Lock in the lowest price from these sites
US$100
US$87
View deal
Hotels.comUS$100
Expedia.comUS$100
Agoda.comUS$88
TravelocityUS$100
CheapTicketsUS$100
Orbitz.comUS$100
View all 12 deals
Prices are the average nightly price provided by our partners and may not include all taxes and fees. Taxes and fees that are shown are estimates only. Please see our partners for more details.
tyronei736
2

Review of The Estuary Hotel & Spa
Reviewed 3 weeks ago

Enjoyed the stay 5 people consisting of 2 adults and 3 kids. See a walk away general satisfaction across the board, was welcome by some lovely ladies book-in easy simple. Family had a great time would definitely come back.

Trip type: Traveled with family
See all 544 reviews
Nearby Hotels 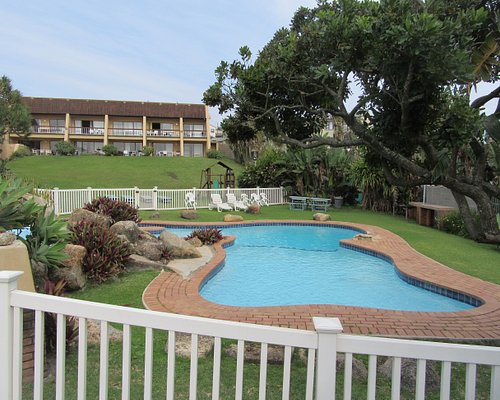 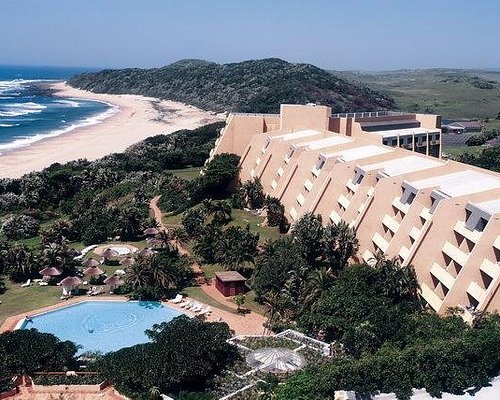 Wild Coast Sun Hotel
US$108
Booking.com
View deal
Free cancellation
Expedia.com
US$106
ZenHotels.com
US$97
StayForLong
US$114
View all 15 deals from US$97
395 reviews
6.1 km from The Estuary Hotel & Spa
We compared the lowest prices from 15 websites 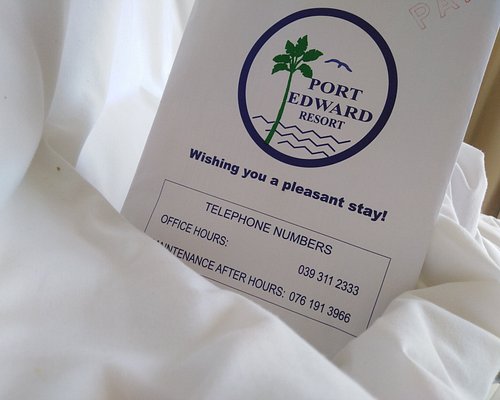 The views are spectacular from the patio, however the room itself came across as tired and the bathroom is in need of updating. The buffet dinner was OK, but the breakfast could have been better - flies on some of the food. We booked out early.

This review is the subjective opinion of a TripAdvisor member and not of TripAdvisor LLC.
incalineSA
3
Reviewed 16 December 2020
Beautiful view

Loved the place, scenery was beautiful,

The rooms were spacious and very well appointed. View marvelous. However the construction caused echo chambers which was annoying when we had noisy neighbours in the passageways. Definitely no noise from the rooms themselves.

Review collected in partnership with this hotel
This business uses tools provided by Tripadvisor (or one of its official Review Collection Partners) to encourage and collect guest reviews, including this one.
Ask incalineSA about The Estuary Hotel & Spa
Thank incalineSA

This review is the subjective opinion of a TripAdvisor member and not of TripAdvisor LLC.
Elsie B
Krugersdorp, South Africa
33
Reviewed 31 October 2020
Buffet at Fish Eagle Restaurant (at Estuary hotel & spa

We booked for supper and find it was only buffet that was available. This is a beautiful setting with a marvelous view. The staff was friendly and helpful. The food was average and the variety limited, one meat dish - curry, veggies overcooked. The fish and the mac& cheese was tasty. The chocolate cake was excellent and so the rest of the pudding! The price was R220/ person. They even surprised my husband with a small special birthday cake with candles!
Not too bad experience but don’t know if we will go back for the buffet...

Trip type: Traveled with family
Ask Elsie B about The Estuary Hotel & Spa
Thank Elsie B

This review is the subjective opinion of a TripAdvisor member and not of TripAdvisor LLC.
BluffyBoy
Germiston, South Africa
4339
Reviewed 30 September 2020 via mobile
First getaway in a while

We just returned from a great weekend at the estuary hotel, the service was great from checking in to the servicing of our unit.

We stayed in villa 17 which is well equipped for self catering and very spacious, 5 bedrooms altogether and all on suite.

The beach is an easy 5 minute walk along the estuary to the security gate.

We ate at the restaurant once and our food was good, they were battling with their liquor license at the time we were there but you can take your own drinks without a corkage charge which we took advantage of.

I would recommend staying at this establishment and will return to the beautiful south coast more often.

Thank you for taking a moment in your valuable time to leave us a pleasant review and for sharing it with the community.

We're thrilled to see you enjoyed a break away to our coastal gem and have great things to say.

Meeting our guest's requirements is our outmost importance and are happy yours were met too.

Please feel free to contact us for future reservations as we look forward to hosting you again.

Report response as inappropriateThank you. We appreciate your input.
This response is the subjective opinion of the management representative and not of TripAdvisor LLC.
verushnaa
Pretoria, South Africa
1
Reviewed 29 September 2020 via mobile
Terrible Service at the Fish Eagle Restaurant

We are staying at the Villas and decided to go to the Fish Eagle restaurant for dinner lastnight..firstly, the waiter who assisted us was not wearing a mask, at such close range and serving us food this was our first red flag. We ordered 3 fillet steaks and one chicken schnitzel off the al carte menu, one of the steaks were asked to be well done, this steak came back absolutely raw and blue. The 2nd steak was asked to be medium cooked, again it was raw and blue. We eventually had to send them both back to be redone as they could not be eaten, and we had already waited very long for the food. The chicken schnitzel arrived late, we were told by the waiter that the chef had burnt it and was redoing another one, when the schnitzel eventually arrived, it was absolutely raw and was almost eaten by someone in our group who is pregnant. We called the guy who was sitting at reception he was very helpful as everyone else was out of sight including the restaurant manager, we decided to leave as we could not wait longer for the schnitzel to return once again. We paid the bill, excluding the schnitzel and left. It was a terrible experience and meant to have been a birthday dinner for someone in our group, to say that their evening was ruined is an understatement. We will not be back to the Fish Eagle restaurant.

We received the complaint regarding your dinner on the 28th of September 2020. Please accept our sincere apologies for the disappointing evening you had at the Fish Eagle Restaurant.

As you might be aware, most establishments in the hospitality industry just recently started operating after a 5-month lockdown, and with the Estuary Hotel and Spa only half the staff compliment we had prior returned with us after opening. This meant we are finding our feet in a new way of operating which created some operational challenges that we are working on.

Coming from a busy long weekend the Head chef was off on Monday night, but we still had a team of permanent and trainee chefs in the kitchen. We will most certainly address the skill shortage that was identified.

Regarding the staff member and mask, this will be dealt with as we have implemented protocols for all staff and guests to follow.

Thank you for the feedback, it is highly valued and will be used constructively to maintain and improve our standards of service and facilities. I do hope that you will give us another opportunity to redeem ourselves as we are working through these challenging times.

Please contact me if you are in the area again and we will gladly assist with a discounted meal to show you the true Estuary Hotel and Spa Hospitality.

Report response as inappropriateThank you. We appreciate your input.
This response is the subjective opinion of the management representative and not of TripAdvisor LLC.
View more reviews
PreviousNext
123…91