Orbitz.com
eDreams
CheapTickets
View all 8 deals
Prices are the average nightly price provided by our partners and may not include all taxes and fees. Taxes and fees that are shown are estimates only. Please see our partners for more details.
HppyTrvavlr
1

The hotel is located in a beautiful spot. Unfortunately, has very poor management and overworks its staff. Staff is great and very welcoming with a great attitude but you feel sorry about how much they work.

Room tip: ask for new sheets, and to be very specific about food.
See all 44 reviews
Nearby Hotels 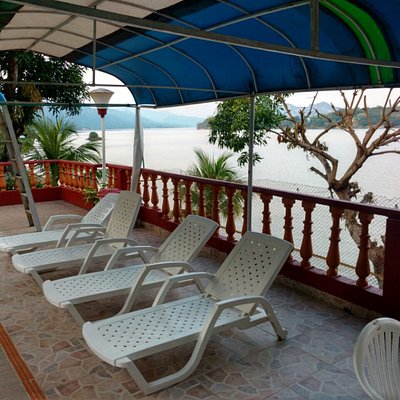 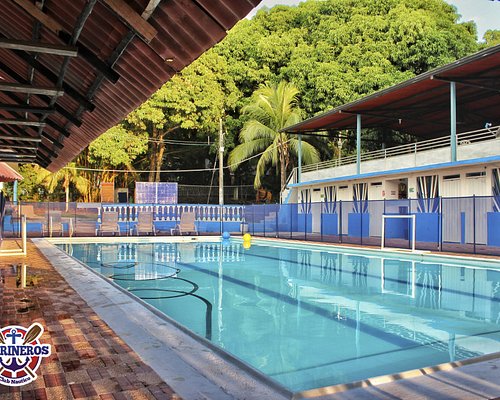 The place is amazing just in front of the Lake.

When we arrived, they recommend us a local guy in the port (some Chucho), the guy tried to charge us in a shady way, the supposed free trip to the hotel, he also wanted more money for parking the car in his place. This was the recommendation of the hotel!!.

It was a headache we got a heavy talk to the supposed (administrator or owner) Jenny and she didn't care at all, she was mad because we arrived early and they guy they recommended sent us in another boat charging for the trip very shady.

After that we tried to take a bath but the pool was disgusting full of bugs, they didn't clean it, not even the other day that we stayed.

In the room, the blankets had some kinda red spot, like blood.The girl administrator didn't wan to change them, she tried to avoid it, until we got mad.

There was loud music all the time, we could not rest, the excuse of the administrator was that other client was in his anniversary, so we had to hear loud music until nigth.

We also asked for vegetarian food, and they don't have a clue of what is it... they advertised 3 meals, one as main with fresh fish, we ordered for the next day. But they run out of fish, this was also very annoying because she wanted us to eat chicken, even for the vegetarian people. She also was mad for this, we where worried about them spitting in our food.

They don't tell you, that you can't take food or beverages, they wanted us to buy them all there, even the trip around the lake, the administrator was very annoyed that we didn't want to pay for their boats, we got the tour cheaper in the port.

At the exit we supposedly had the possibility to go back to the port at any time, but it was a lie, we had to wait until 3 pm.

They don't return money so be aware!! there are many places there to go. Just don't use this one.

This review is the subjective opinion of a Tripadvisor member and not of TripAdvisor LLC.
Ivan L
11
Reviewed 24 November 2016
This is a piece of paradise on earth!!!

Well, went to Colombia to visit friends, and 2 days on my visit they came up with the idea to go to this place, because bogota was cold, and is like summer the whole year in the lake.

Is a place of absolute piece, stuff is super friendly, super accommodating, food is just fantastic and they are full with toys for the lovers of water sports like me.

They have wave runner, a boat dedicated to pull skies, wakeboard, and a donut that is as fun as it can be.

They also offer some short trips to different parts of the lake like little lagoons, and waterfalls where you can stay for a good 4 hours just hanging out and swimming.

The hotel itself has a very comfortable pool, and it just so inviting and welcoming.

I would definitely recombine this place for friends, families or couples, it totally worth the visit, and keeping on mind that the dollar in Colombia is expensive, i felt like i was rich spending very little.

I can't wait to my next visit, and bring all my friends from LA to this beautiful amazing super fun place.

This review is the subjective opinion of a Tripadvisor member and not of TripAdvisor LLC.
Edward B
Boca Raton, Florida
8423
Reviewed 1 September 2016
Find another hotel fast

This was one of the worst hotels I visited on my recent motorcycle tour of Colombia. I was traveling with my daughter and her girlfriend, both under 20 years old and we shared a three bed room. The beds only had sheets no blankets. My daughter's friend, she is Colombian, went to the front desk to request blankets and she was given another sheet! To top it all off the air conditioning for the room was stuck on high and by midnight we were all freezing. I was using the tiny duvet as a blanket just to try and stay warm. We had asked management to fix the AC but they never returned to our room. To top it off I couldn't even kill the breaker to the AC as we shared the same compressor with the room next to us. The bathroom had cockroaches, the food was horrible. The one highlight of our trip to this hotel was the water taxi which is the only way to get to the hotel.