The hotel is easy to find by road and the car park is handy. It is about 5 minutes drive to the beach. We spent a couple of nights in rooms which are spacious and clean with a nice glossy bathroom. The highlights for me were the great customer service (the manager definitely led by example). Breakfast was a tasty treat. Sound Covid precautions were taken throughout the hotel. There is also a large Aldi supermarket 2 minutes walk away, which was very useful.

See all 280 reviews
Nearby Hotels

Expedia.com
View deal
Hotels.com
Agoda.com
US$106
Travelocity
View all 12 deals from US$106
213 reviews
2.6 km from Travelodge Highbridge Burnham-On-Sea
We compared the lowest prices from 12 websites 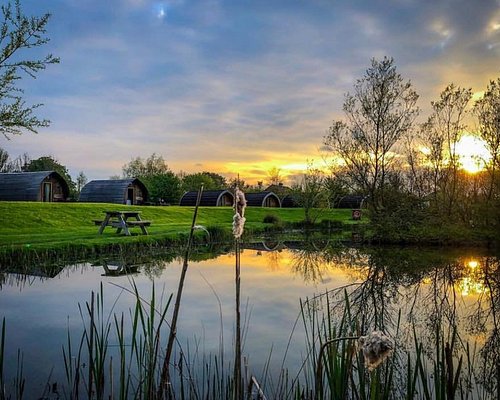 We Stayed here for 2 nights just shortly after the rules changed allowing a stay in hotel accommodation.

The room was clean but basic. We were on the third floor so there is a lift to the upper floors. It’s a bit fiddly opening the door off of reception and tapping your card key on the lock to then make your way through another set of doors to the lift or stairs area when you have cases.

The lifts are clean and look new, and worked well.

The room comes with everything you could want, we were warned by reception though, that through our visit there would be no room cleaning carried out.

There were two of us staying in the accommodation but they only provided one bath towel and one hand towel which I thought a bit odd. Reception did say that if we wanted more towels, toilet paper coffee tea etc then we could come back and ask for more.

There was a selection of two milks coffee, decaf and tea bags. We did need to ask for more coffee but it was easy to obtain.

The bedroom is opened with a card key and the windows were on a special lock so that the window could not be opened beyond a certain distance. That was nice to see.

The aircon in the room did not work. It would start working for about two mins and turn itself back off, at first, we thought it was the window being open but we tried everything, including changing options and closing windows etc, but nothing worked. It kept coming up with a spanner so I think it was not working. It was not too much of a bother as we had the window open instead.

The bed was ok my side, but husband did say that the side by the window the mattress dipped towards the middle. He felt he had to fight during the night to stop rolling over.

The bathroom came with hand soap, shower/hair gel and there was a separate shower over the bath. We were also supplied with one bath towel and hand towel and two toilet rolls which was more than ample.

One of the odd things was the lack of a toilet brush in the bathroom. Reception asked us when we were leaving about our stay. I asked and was told they have never supplied them in the rooms due to for health reasons. I guess leaving lump of poo inside the toilet for the cleaners is something they would prefer I guess. As I would not put my hand down there to wipe something away and with what?

We had not opted for the breakfast option because we booked when full lockdown was still on, and they were only offering a breakfast box continental style. The breakfasts smelt nice as we passed reception and went on to Burnham on sea.

We did have an evening meal there on the first nice, which was ok. The first 15 mins were spoiled by the Christian channel blaring on for a while. Someone further up asked if it could be turned off which made the rest of the meal enjoyable. I think playing it could be offensive for other guests and possible something that should be considered in the future. Not something I was bothered about, but no one wants to sit for a relaxing meal and have that blaring in the background. May have been a one off, but something that shouldn't be played really. My opinion

You need to request and book an evening meal and they will let you take menu to your room so you can consider what you want or if you want to make a booking. We were slightly confused at first as thought had to place your order, but that was not the case, so you just had to book. Would imagine that was the same for the morning. There is only 9 tables and only a few are in use at any one time.

I am not sure If I would book a travel lodge again. It had everything that you wanted or needed but it just felt as though they had just done enough. Its warm and dry and that is good enough.

The rooms were quiet but on our second night we could hear a kid running back and forth for about 40 mins. so I think noise travels up and down but did not hear anyone next to us. It was about 10pm so was too late for that really.

Staff were polite and friendly and there were vending machines in the hall with nibbles. There is also an Aldi within a short walk but no exit near the hotel so you have to walk all the way round to get to it. Could have put a pedestrian break in the car park fencing which is another small niggle.

Other than that it was a Nice break away as we had not managed to do so for about two years.

This review is the subjective opinion of a TripAdvisor member and not of TripAdvisor LLC.
Nick D
Lymington
116
Reviewed 6 May 2021
Working in Somerset

Excellent Travelodge in good spacious location with plenty of free parking. Easy to locate and good access to the surrounding area. Hotel was in excellent condition, with a very clean room and great views of the Mendip Hills.

Trip type: Traveled on business
Review collected in partnership with this hotel
This business uses tools provided by Tripadvisor (or one of its official Review Collection Partners) to encourage and collect guest reviews, including this one.
Ask Nick D about Travelodge Highbridge Burnham-On-Sea
Thank Nick D

This review is the subjective opinion of a TripAdvisor member and not of TripAdvisor LLC.
Jo H
Conwy
10594
Reviewed 23 April 2021
Spotless and comfy

Two night stop over for work at this beautifully clean hotel. Fully complies with all Covid regulations. The hotel smells nice, the room was spotlessly clean. We would definitely stay here again. Best breakfast is available from a van just down the road. Thank you to all the staff for a safe stay.

This review is the subjective opinion of a TripAdvisor member and not of TripAdvisor LLC.
Jonteefly
11
Reviewed 22 April 2021 via mobile
Aviation Trainer

This review is the subjective opinion of a TripAdvisor member and not of TripAdvisor LLC.
769debis
Bridgwater, United Kingdom
1
Reviewed 30 March 2021
Work

Would like to say a big thank you to the staff had a very comfortable stay here, felt safe due to the pandemic,rules were followed,got asked to wear mask and hand sanitiser as I came to reception
Room was spotless
Will be staying again

Thank you for taking the time to review our hotel.

It is a real pleasure for us to see our efforts being appreciated by valued guests such as yourself. We strive to provide a positive experience so it's great you found the staff to be so welcoming and your room ro be clean and comfortable during your stay.

Thank you for taking the time to provide feedback and we do hope you will choose to stay with us again in the future.

Report response as inappropriateThank you. We appreciate your input.
This response is the subjective opinion of the management representative and not of TripAdvisor LLC.
View more reviews
PreviousNext
1…345…