Stables Inn Aintree
Stables Inn Aintree
Lowest prices for your stay
Lock in the lowest price from these sites
US$73
Reserve now, pay at stay
View deal
Expedia.comUS$73
Hotels.comUS$73
eDreamsUS$73
TravelocityUS$73
CheapTicketsUS$73
Orbitz.comUS$73
View all 13 deals
Prices are the average nightly price provided by our partners and may not include all taxes and fees. Taxes and fees that are shown are estimates only. Please see our partners for more details.
madmidwife
Burnley, United Kingdom
1813

What a gem of a place. Ideally placed for the racecourse & with the train station across the road, it makes it ideal for visiting Liverpool.
Easy check-in, very spacious room with a large comfortable bed. Reasonable tea tray & a bath with a shower. Slept well and very quiet. Check out was 12 noon which is great if you need a lie in. Would definitely stay again.

Trip type: Traveled as a couple
See all 68 reviews
Nearby Hotels 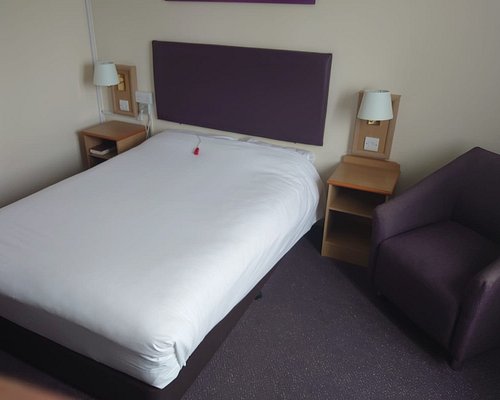 Hotels.com
View deal
eDreams
Booking.com
US$63
Expedia.com
US$67
View all 17 deals from US$63
459 reviews
1.2 km from Stables Inn Aintree
We compared the lowest prices from 17 websites

Expedia.com
View deal
Hotels.com
Agoda.com
US$61
ZenHotels.com
US$79
View all 15 deals from US$61
158 reviews
5.5 km from Stables Inn Aintree
We compared the lowest prices from 15 websites
Phoenix Hotel Liverpool

Hotels.com
View deal
Booking.com
US$106
Expedia.com
US$100
Travelocity
US$100
View all 9 deals from US$100
31 reviews
5.9 km from Stables Inn Aintree
We compared the lowest prices from 9 websites
Premier Inn Liverpool (West Derby) hotel
US$51

Taking safety measures
We compared the lowest prices from 5 websites
Titanic Hotel Liverpool
US$129
Tripadvisor
View deal
Pay up to 12X
eDreams
Booking.com
US$130
Hotels.com
US$129
View all 17 deals from US$128
5,248 reviews
7.4 km from Stables Inn Aintree

The staff here are all friendly, helpful and the best part of our stay. The hotel is very tired looking , staff try to keep it clean but in need of a refurb. We stayed as it was convenient and would do so again but purely as it is so close to the racetrack . Also the wifi which was meant to be fixed did not work all 4 nights we were there.

This review is the subjective opinion of a Tripadvisor member and not of TripAdvisor LLC.
charliehA1056VC
1
Reviewed 26 August 2021
Good hotel

Stayed in a family room which consisted of a king size bed, sofa bed and a pull out child's bed. The 3rd bed wasn't the best but can't complain for the price we paid. Staff were fantastic. Rooms were basic but clean which is all you can ask for. Toby carvery located right across the road from the hotel, and a kfc on the same block. Train station just across the road.

Few issues during the night with noisy guests. There was a stag due & a wedding party staying in the hotel on the same nights as us. They had booked a lot of rooms. Extremely loud, and banging on people's doors. Staff did the best they could. I heard them knock a couple of times and remove a couple of them from the hotel but in the end the police had to be called to get the rest of them removed. The staff were fantastic but seemed to get a lot of abuse the next day in relation to other guests complaining which was not their fault as I know they did all they could until the police arrived. Wifi not available due to changing supplier but that wasn't an issue as I was able to connect to the dongle provided. Overall a good stay, and would reccomend!

This review is the subjective opinion of a Tripadvisor member and not of TripAdvisor LLC.
kevinhWd45
11
Reviewed 26 August 2021
Friendly staff, clean rooms. Overall great value for money

Stayed here for the weekend with family and a few friends. The lady on reception was ever so friendly, and kept asking us if everything was ok with our room throughout our stay. The KFC was shut, and was only allowing drive through orders. We came down by train so unfortunately was unable to to get one. My autistic son who is 12 is an extremely fussy eater and will only eat certain foods. Trying to find something to eat for him proved to be a challenge as it was late and there was only pizza places open. The change over of shifts came and the lady on reception made a point of coming down to our room to say goodbye to our son who is non verbal. This didn't stop her getting down to his level and stopping him for a chat every time he walked past were as most people would not take the time or bother. The lady returned 10 minuets later after leaving her shift with a KFC kids meal and would not take any money off us.

No WIFI at the property as they are having a few issues getting WIFI to reach around the building. Dongles are offered upon check in which work quite well aslong as you are not downloading.

Thank You so much for your kindness, and for being so lovely to Jordon! Unfortunately, i did not get the lady's name although Jordon calls her 'Seff' We have rebooked to come back in November, and also got discount for booking directly through them. Thank You to the whole team.

This review is the subjective opinion of a Tripadvisor member and not of TripAdvisor LLC.
Hamblin24
1
Reviewed 25 August 2021 via mobile
Amazing place

Very clean and the staff at this place couldn’t of done any more for me and my girlfriend while we stay here and it was like no other hotel I’ve been to before and could of been anymore helpful at all if they try to.

This review is the subjective opinion of a Tripadvisor member and not of TripAdvisor LLC.
mibehamali
London, United Kingdom
52
Reviewed 25 August 2021
I wouldn't keep animals at these stables - The smell of Cannabis puts you off.

Stayed here on a Friday night with my family including 3 children.

Despite asking for 2 rooms near each other, the hotel managed two rooms on different floors. Oh well, not the end of the world......
Supposedly the rooms are cleaned and prepared for your arrival...hmmm. Room 25 upstairs, cigarette butt under the single bed. Badly fitting bathroom door means it can't close.

Then the drunk stag party arrived, also spread across rooms on both floors, just so that all the guests can share in the pain. Then the corridors filled with the smell of cannabis, and the door slamming, and fire door kicking began - remember this is only 5pm. I complained to the reception and was told I wasn't the first! OK, so what are you doing about it then???!!!!!

Then around midnight a wedding party spread over about 4 rooms began their party, just in time for the stag party to return about 2am - all mixed with more door slamming, shouting, and knocking on random guests doors for the next few hours.

Despite the notices about being quiet from 10pm onwards, the hotel staff seemed unable to cope with the disruptive behaviour.
I spoke to two other guests in the morning, and both had similar tales to tell.
When I complained to the guy on reception in the morning, all he could do was nod and agree - no apology, nothing.

In summary, I wouldn't stay here if you paid me. I've never before had to complain to the front desk about the smell of drugs throughout the hotel - this sums this place up.

You have been warned.