The location is really beautiful, as it is everywhere on this coast. But this site is not good.

I was charged £30 for a pitch with hook up (the most I've ever been charged anywhere) and presented with a dirty and cold facilities block, where just one toilet was in operation. The one remaining toilet was not securely fixed to the floor and lurched alarmingly when you sat on it, so I suspect that might be on its way out soon too. The facilities were also mixed sex, which I am sure I was not alone in finding unpleasant.

After being charged so much, to be charged a further £1 for a not very warm shower, strictly rationed to 5 minutes was another slap in the face. The toilet roll running out felt like the final straw.

The dishwashing area was similarly dirty.

The only good thing was it engendered a certain sense of solidarity and camaraderie among campers and there were many chats about how appalling it was.

There are plenty of other campsites on this stretch of coast and I would book any of the others in future. If they had no pitches available, I'd go to another part of Scotland - there are lots of beautiful places.More 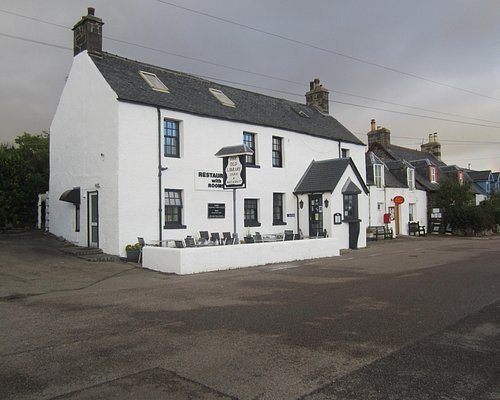 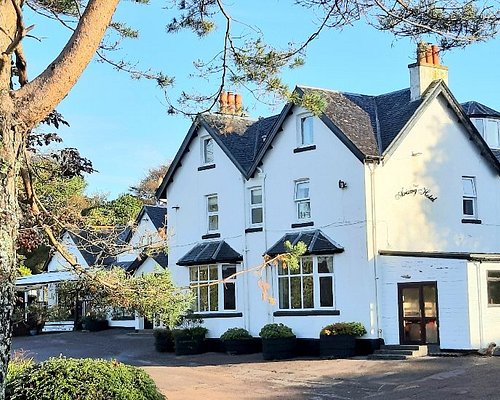 The location of this site is exceptional, immediate access to a beautiful beach and safe sea access, the sunsets are stunning, but unfortunately the facilities let this park down greatly. They were basic to say the least but also dirty. Such a shame, in 3 weeks of touring Scotland it was also the most expensive site, had the facilities been clean I would have been happy to recommend or return.

This review is the subjective opinion of a Tripadvisor member and not of TripAdvisor LLC.
EthelK300
newcastle uk
1018
Reviewed 27 August 2021
Amazing place views to die for

Beautiful place to camp ,Lots of space and fantastic views just spent 4 nights there, private beech. Shallow enough for small children to play in. Great if you have a small boat. Very friendly lady who runs the place. Very quite at nights . We have been twice this year and will be going again next year. next year the site will have new shower and toilet block.

This review is the subjective opinion of a Tripadvisor member and not of TripAdvisor LLC.
Donniex0x
1
Reviewed 16 August 2021
Absolute hidden Gem!!!

We visited the weekend of the 6th of August for my sons 11th birthday. First time some of the family had been all together since covid had hit. We have been visiting Arisaig for 5 years and had never noticed the campsite. We had an absolute great time at the site. Very close to the beach which the kids spent most of their weekend on. Forever in the water. Facilities were great. Not used to the use of a proper flushing toilet or a shower whilst we camp as we usually wild camp. This year we decided to give back to businesses who had lost out during the past 2 years
Being self employed ourselves we know the struggle. Owner was very pleasant and welcoming. Always around chatting to the campers. Toilets and showers were kept clean also. Would highly recommend and have done to anyone who asked where we were. Fantastic for families

This review is the subjective opinion of a Tripadvisor member and not of TripAdvisor LLC.
akebell
Consett, United Kingdom
95
Reviewed 14 August 2021
Back to the pods

Another fabulous week here .Great holiday,Kathleen the host has been fabulous and never refuses any request . However wevhave Bern appalled by the lack of respect and the conduct of some campers around the toilet block . If you are a regularcamper you know that cleaning shower blocks are a thankless task, it is made harder by individuals creating mess and just vandalising the facillities. The toilet block is old and difficult to keep clean but have some sense and clean up after yourself . Will you treat it the same when a new block arrives for next year wonder .

This review is the subjective opinion of a Tripadvisor member and not of TripAdvisor LLC.
Anne B
20288
Reviewed 7 August 2021
Perfect location

The pod is in the perfect location, at the back of the campsite on the edge of the ocean. Stunning views and very peaceful.
The pod has been fitted out nicely, very comfortable bed and couch, there is a wee table with a fridge, kettle and a lovely, very generous selection of snacks and breakfasting items. Milk and yoghurt are provided in the wee fridge. There is a nice private deck with 2 chairs to relax on and a small patio dining set. Just blissful watching the sun set beside the private beach after a day spent on the beautiful beaches of Arisaig and Morar.
The campsite facilities are clean but a little run down. The pod does not have running water, a toilet or shower so you have to walk a fair way back to the campsite block.

This review is the subjective opinion of a Tripadvisor member and not of TripAdvisor LLC.
View more reviews
PreviousNext
123