$99
View deal
Free cancellation until 06/03/22
Reserve now, pay at stay
Hotels.com$100
Priceline$100
Travelocity$100
View all 14 deals
Prices are the average nightly price provided by our partners and may not include all taxes and fees. Taxes and fees that are shown are estimates only. Please see our partners for more details.
lewiscB9246KQ
12

The Royal Oak Inn had an outstanding service, great food and lots to drink. Cannot fault this place at all. Five of us had a 3 course meal and drink and I could not fault it in the slightest, great for seating dog friendly and outstanding staff. 100% recommend it to everyone when visiting lostwithiel!

Trip type: Traveled with family
See all 258 reviews
Nearby Hotels 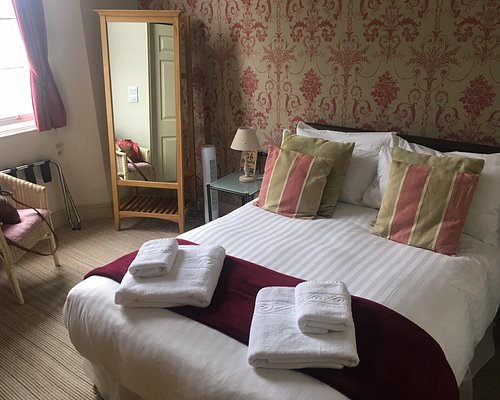 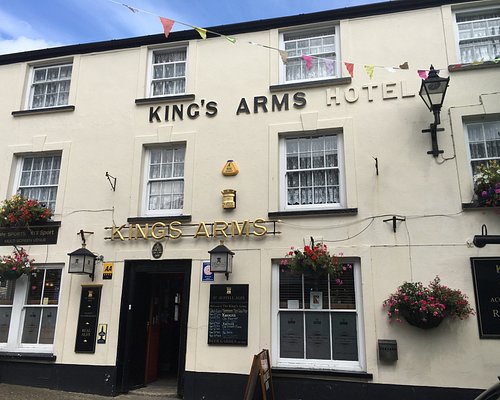 We were very happy with our one night stay here a couple of weeks ago. Nice sized, very clean room. All staff very friendly especially the owner (from Norfolk - can’t recall his name!). Excellent breakfast sourced with local ingredients. Great location in centre of town. Bar prices very reasonable. Would definitely stay again.

This review is the subjective opinion of a Tripadvisor member and not of TripAdvisor LLC.
OldBear
Wigan, United Kingdom
1649726
Reviewed September 9, 2020 via mobile
Would Definitely Stay Here Again.

We stayed here one night on our way to Cornwall and had an evening meal.

Our room (6) was cosy and very comfortable, plenty of sockets for phones / computers etc.
Due to Covid 19 Restrictions there was no soap for the shower or coffee/ Tea in the room but you could request the drinks downstairs. A hairdryer and Bible are contained in a drawer. Maybe they could provide tea or coffee sachets instead of having to go downstairs! Other hotels we’ve recently stayed at do! There were two bottles of water also provided for free.

All of the staff were welcoming and friendly. We enjoyed several drinks in the beer garden in lovely sunny and warm conditions.
We had our evening meal in the bar/restaurant, you can also eat outside undercover or in the garden.

We had a very good nights sleep, the shower was hot and there were big white fluffy bath sheet towels provided.

Breakfast was exceptionally good, it was all well cooked and everything was hot, unlike many hotel breakfasts I have experienced which always have some warm or cold food. We completed a ‘breakfast’ form the night before, indicating our requirements. The cereals, Yoghurts and drinks were served by staff.

I would stay here again. The small streets and bakery near the river were nice to visit before we left.

This review is the subjective opinion of a Tripadvisor member and not of TripAdvisor LLC.
PMB54
Street, United Kingdom
7955
Reviewed August 29, 2020 via mobile
Lovely pub

Due to social distancing we had to ring a bell on arrival. No problem with that but we we met with a frosty attitude by a waitress who said what do you want. Eventually got to our pre booked table. Great welcome by Graham who recommended an excellent wine. Both had the fish pie. Pie excellent but vegetables over done. Shame about the waitress with attitude as the rest of the staff were excellent.

This review is the subjective opinion of a Tripadvisor member and not of TripAdvisor LLC.
Holidaycritic69
11
Reviewed August 20, 2020
Highly recommend

Me and my family came for a meal recommended by the lodge hotel so glad we came was greeted with a lovely smiling barmaid/waitress (savannah) very friendly from the start she saw to our every needs without hesitation and nothing was to much for her or the other members of staff there , very pleasant the food was amazing and tasted fresh i had the chicken pasta my husband had steak both cooked to perfection and was the best we've had anywhere , the whole pub was clean and very well placed on govement guildlines we will definitely be coming back highly recommended.

This review is the subjective opinion of a Tripadvisor member and not of TripAdvisor LLC.
LEkentish
199
Reviewed August 18, 2020
Average experience

Overall: a bit of a tired room/hotel with a decent breakfast and hit-and-miss attitudes from staff, but fine for a stop-over.

Pros:
- Bedding was modern and comfortable.
- Room and bathroom was clean and tidy.
- The hotel's covid-19 requirements were fair and appropriate e.g. asking which toiletries were required and asking guests to fill out a breakfast request form to help the kitchen. The one-way signposting was a bit haphazard, as with many places and you had to request cereals etc from staff which can be clunky, but this is an understandable and commonplace covid-19 requirement.
- The male staff member handling breakfast was very friendly and dealt with a problem in the kitchen professionally.
- The hotel is located quite close to Lanhydrock which is useful for those visiting.
- The breakfast was hearty, although there was no choice for how eggs could be cooked on the request form, which could be a helpful addition.

Cons:
- The room creaked loudly (we think due to the windows) whenever you walked about which was distracting and makes you doubt the building's structural integrity!
- The bathroom and window areas of our room were very tired-looking despite being clean and could probably do with a refurb.
- The female bar staff who greeted us when we arrived after a 5-hour journey were not particularly welcoming and had an argument in front of us while we waited to be shown our room, which was not particularly professional.
- Despite being asked to indicate our breakfast order and time of arrival, our order was incorrectly labelled at a different time by the kitchen and our cooked breakfast took longer coming out, which was frustrating as we had an appointment to attend and the breakfast felt rushed as a result. The friendly staff member tried to reduce this time as much as possible which was appreciated, but nonetheless it was a tad annoying as we had indicated our time on the form.
- We were charged for the room before we had arrived, as expected, but bizarrely the hotel refunded the amount while we were staying and then we had to pay when we left. It was lucky that we remembered to pay before leaving!

Room tip: Street-facing double room may creak whenever you walk around, which may disturb you when sleeping so perhaps ask for a different room.
Ask LEkentish about Royal Oak Inn
Thank LEkentish