Aloft Cleveland Airport
Aloft Cleveland Airport
Lowest prices for your stay
Lock in the lowest price from these sites
US$206
US$146
Reserve now, pay at stay
View deal
Expedia.comUS$146
Aloft.comUS$146
PricelineUS$146
Hotels.comUS$146
FindHotelUS$206
eDreamsUS$146
View all 19 deals
Prices are the average nightly price provided by our partners and may not include all taxes and fees. Taxes and fees that are shown are estimates only. Please see our partners for more details.
joedL443RD
Akron, Ohio
1

When we planned our vacation, we made sure to stop at this hotel again this year since it was a great 3 day stay last year. I do not know what changed in this hotel, but I have never met so many employees that are just miserable working with the public, with the exception of the bartender and the short guy. Every front desk clerk from check in to phone calls was dry, rude, and loud, the housekeeping staff doesn't say hello and the drivers and breakfast guy are very unaccommodating. The managers should know who their problem employees are and find new people to help your business. We checked in Friday the 24th at night around seven and left at six on Monday morning, I should have read the reviews before booking here again, I won’t make that mistake next year.More 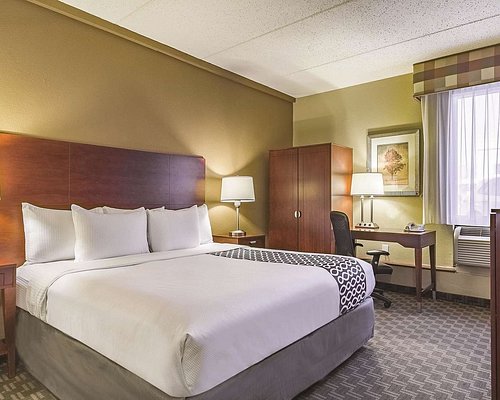 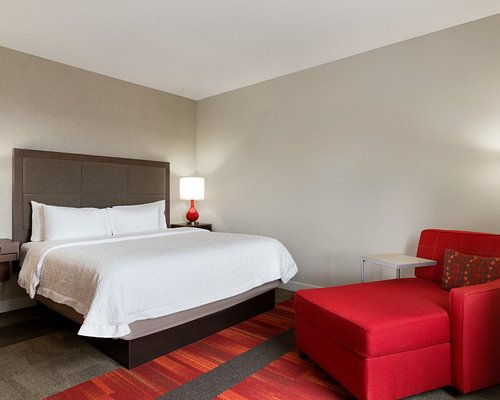 When you visit a business the employees are the face of said company. I had never been to Aloft and was excited to stay there. So when I arrived at the front desk the young lady who was there was extremely rude and dismissive. As a paying consumer who was excited for the experience of a brand new hotel, immediately became turned off to wanting to stay! No matter how many times I said please and thank you, she made me feel as if I were inconveniencing her by patronizing this establishment. Who wants to feel this way when you come to relax and enjoy nice amenities!

This one employee, who I found out her name, Ronishia (if i spelled it correctly) single handedly took away my joy and excitement in wanting to stay in such a beautiful hotel. If you value the customer experience, this is not a place I would go.

This review is the subjective opinion of a Tripadvisor member and not of TripAdvisor LLC.
leesha_lovex
1
Reviewed 22 July 2020 via mobile
Rude front desk attendant

When I came to check in, the front desk attendant immediately came off as rude and had a nasty attitude. My kids were with me and they were bickering back and forth with each other. She proceeded to yell at them for something so minor. I asked for her name and she wouldn't tell me. I had to ask other employees for her name. She was very condescending towards me upon check in, and when I asked her questions about the hotel she came off as nasty and very short worded. She has no business in working in hotels or with customers at all. Her name was Raneisha.

This review is the subjective opinion of a Tripadvisor member and not of TripAdvisor LLC.
Nomad209741
1
Reviewed 14 July 2020 via mobile
Huge parties congregating, loud, crazy

Wow, where to begin.. I have never felt obligated to write a review before. Since March I’ve had to stay at quite few hotels, and have never felt unsafe. I was blown away by the lack of regard for guest safety here. I should have listened to the reviews written in the previous weeks about the social distancing restrictions being ignored at this location. Until I walked in I didn’t understand how bad it could be. The hotel is clearly violating or not enforcing the legal restrictions in place.

We walked into the hotel lobby and there were about 50 people lounging around, drinking, yelling, playing pool, playing music loudly. The indoor pool was packed to the brim. It was unclear who was a guest and who was just using the space. And it was also unclear if the event was “booked” and sanctioned or if a group of people had effectively taken over the hotel. We could barely hear the hotel attendant over the parties happening in the pool and lobby. We were told there were a few “parties happening” but that we could close the door to the hallway if needed.

Once the pool party wrapped up, about 100 people came pouring off of wedding shuttles into the lobby. Kissing, hugging, dancing. They continued to party, scream, and dance until well past 1 AM. The bar in the lobby was serving people the entire time. People screaming throughout the lobby all night, and the sound carried to the room.

Room itself was fine, although missing a TV remote, and the carpet was weirdly wet. When I requested one at the desk, I couldn’t really hear the attendant over the parties, but she laughed it up like it was a regular occurrence.

Do not stay here if you care about your safety. I don’t think these gatherings are even legal, as a birthday pool party does not qualify as a legal exception to the restrictions in place. This hotel is doing absolutely nothing to restrict large gatherings in the only communal spaces in the hotel, at the expense of the safety of hotel guests.

Listen to the reviews about the management here. I booked because of the friendly pet policy but I will seek out other pet-friendly accommodations in the future.

This review is the subjective opinion of a Tripadvisor member and not of TripAdvisor LLC.
Globetrotter44138
171
Reviewed 2 April 2020
Great Hotel-Very Clean

Indoor Pool, Great Location & Super Staff. I only stay here when Im in town. They are always willing to help you. Ask them for local information and they can give you the best recommendations. Great drink specials & Happy Hour

This review is the subjective opinion of a Tripadvisor member and not of TripAdvisor LLC.
marcelogB7958OL
Jonesboro, Georgia
497
Reviewed 20 February 2020 via mobile
Awful

The hotel itself is very nice. The room was clean and comfortable. The staff was unprofessional.

I called for a pick-up from the airport and it took 50 minutes to get picked up. On the drive to the hotel the driver informed me the people working the desk forgot to tell him to pick me up.

When I arrived the guy at the desk asked how I was, I told him not well, I waited 50 minutes for a pick up. The driver told him he was not told I was waiting. At that point the two guys at the front desk and a woman standing in the lobby immediately jumped on him all three at the same time yelling at him that he was wrong, that he was told I was waiting. I am going to assume the woman was in some sort of management position. The driver was yelled at and chastised by all three right there in the lobby. It was very unprofessional in so many ways.

Unfortunately that run in with that staff is the only staff I had any contact with at this hotel.

Thank you for choosing to stay at Aloft Cleveland Airport. I would like to personally apologize for your experience during your stay with us. 50 Minutes waiting at the airport is excessive and you should not have experienced that no matter who was to blame, you were inconvenienced.

Any miscommunications between employees should stay just that and should not be handled in front of a guest myself included. The conversation you experienced was unprofessional and opposite of the hospitable service we are to provide to each and every one of our guests.

Please except our personal apologies as well as a personal invitation to experience us at our best when your travels bring you back to North Olmsted.

Report response as inappropriateThank you. We appreciate your input.
This response is the subjective opinion of the management representative and not of TripAdvisor LLC.
View more reviews
PreviousNext
1…345…