US$192
US$144
View deal
SAVE US$48
Reserve now, pay at stay
LeMeridien.comUS$144
PricelineUS$144
StayForLongUS$192
View all 21 deals
Prices are the average nightly price provided by our partners and may not include all taxes and fees. Taxes and fees that are shown are estimates only. Please see our partners for more details.
Anderson4688
1

Room was absolutely filthy. Mold all over the shower and lipstick on duvet. Kicker is that front desk DID NOT CARE. Said they couldn't do anything about it because they were full and housekeeping went home. Understandable if they're limited in their ability to fix, but they literally made zero effort to do anything about it. The front desk even told us it was OUR FAULT because we checked in early. This place is a joke.

This was by far the worst customer service I've ever experienced at a hotel- and completely unacceptable for a Le Meridien. Stay awayMore

Your feedback is disheartening as it's always our goal to provide a memorable stay for each guest we welcome. From what you described, we missed the mark, and for that, we sincerely apologize. Our team will be using your comments to ensure that our high standards are being consistently met or exceeded. We'd love the chance to connect with you directly to learn more about your visit and we hope you'll give us another chance to improve your impression of us.

Report response as inappropriateThank you. We appreciate your input.
This response is the subjective opinion of the management representative and not of TripAdvisor LLC.
See all 462 reviews
Nearby Hotels 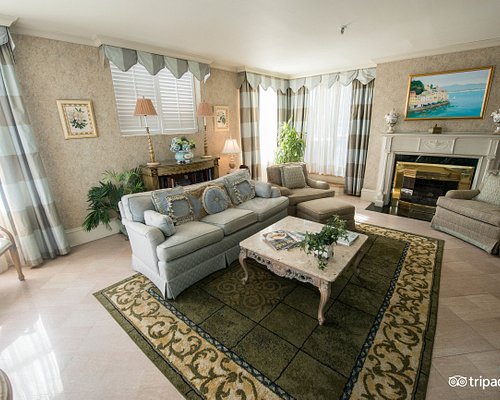 The Dunhill Hotel
US$129
Booking.com
View deal
Free cancellation
Expedia.com
US$129
Trip.com
US$97
ZenHotels.com
US$265
View all 17 deals from US$97
538 reviews
1.3 km from Le Meridien Charlotte
We compared the lowest prices from 17 websites Taking safety measures
We compared the lowest prices from 17 websites
The Ivey's Hotel
US$329
US$247
Tripadvisor
View deal
Free cancellation
Pay up to 12X
Official Hotel
Booking.com
US$263
Trip.com
US$329
View all 20 deals from US$247
541 reviews
1.2 km from Le Meridien Charlotte

Taking safety measures
The Westin Charlotte
US$232
US$169
Booking.com
View deal
Free cancellation
Reserve now, pay at stay
Expedia.com
US$169
Priceline
US$169
StayForLong
US$232
View all 21 deals from US$169
1,821 reviews
0.9 km from Le Meridien Charlotte

We were so excited to stay at this hotel and we’re extremely disappointed. Going down the hallway to our room hallway was covered in heart sequins and flower petals. Upon entering our room the heart sequins were in the bathroom and all over our carpet. The room was not clean. There were greasy handprints on the door knobs to the TV cabinet, there was some sort of splatter all over the end stand lamp, the baseboard was completely torn up and again the carpet did not look swept. Also there was a very large standing lamp in the corner of the room which was not plugged in. The closest outlet to it was a floor outlet which was cracked, had paint splatter on it and looked like it had burnt up some. In the bathroom they were hairs in the toilet water, on the toilet seat and dirt all over the sink. The hotel seems beautiful, but after closer inspection it is run down and dirty. Completely unacceptable! The only positive thing that I can say about the hotel is that they did refund our money and we moved on to a different hotel!

This review is the subjective opinion of a TripAdvisor member and not of TripAdvisor LLC.
maewag
22
Reviewed 5 January 2021 via mobile
Not at all what it used to be...

My stay at the Le Meridien was extremely disappointing. To say this property is deteriorating and the management is on the decline is an understatement. Nazar at the front desk is absolutely awful and should not be working in the hospitality industry. I’m a Titanium/Lifetime Platinum member and he treated me like I was beneath him. Nazar made excuses for everything as well as insulted me by insisting that something I brought to his attention was not true. I reported his behavior and unprofessionalism to management. I reported several issues during my stay and ultimately checked out early due to the lack of concern and attention from the hotel staff and management. The last straw was the excessive ant problem that I reported which was still not addressed appropriately by the hotel staff after an entire week of promises that it would be addressed by Orkin. I have stayed at this property multiple times over the last few years for extended periods of time (3-4 week stays) and this stay was unacceptable. Last year there was a problem with heat, which maintenance fixed after a day. I was pleased by the prompt handling so I returned for another extended stay. This year I had a problem with 60 lady bugs in my first room, so I was moved to another room which I appreciated. In the next room, after several days I didn’t have heat for 3 days and it was so uncomfortable that I could barely stay in there. I was given extra blankets and told it would be addressed by morning. That didn’t happen. After several complaints, management give me food vouchers for the inconvenience. The room also had ants, which I tried to ignore until I realized they were everywhere! My room had a large refrigerator/freezer and upon opening the freezer, I saw what I thought was spilled coffee grinds only to look closer and see that it was approximately 100 DEAD frozen ants. Unacceptable! I reported the issue and housekeeping was sent to clean the freezer as well as vacuum. A few days later, the ants were all over the food that I placed on the table. I was livid. I reported the issue concerning the ants again several more times and was promised that it would be addressed by having the room treated by Orkin. A week went by and that never happened. When I inquired about why, I was told that it was because there was a do not disturb sign on the door. Unacceptable. Typically the front desk would call if something needed to be dropped off and the sign was on the door. Furthermore, housekeeping and maintenance came to the room and knocked during my stay a couple times despite the sign being on the door.

Unfortunately, the issues I experienced had nothing to do with COVID-19 or the hotel being understaffed. I would not choose to stay here again and would not recommend that anyone else stay here. I will be taking my business elsewhere.

This review is the subjective opinion of a TripAdvisor member and not of TripAdvisor LLC.
434mattt
2427
Reviewed 12 October 2020 via mobile
Good location, but what’s with the toilet flush?

Stayed for one night on our way through Charlotte and the hotel offered good value given the well appointed rooms and convenient location. The reduced staffing was to be expected, so checking in at the attached Sheraton wasn’t a big deal. The room was clean, spacious and well appointed, but someone has decided to install night pressure airplane-style toilet flushes in the rooms - not a showstopper, but you certainly get a shock the first time and feel like you’re going to wake the whole hotel. Lounges and bars were all closed.

This review is the subjective opinion of a TripAdvisor member and not of TripAdvisor LLC.
mrafrica12
Atlanta, Georgia
5746
Reviewed 30 September 2020 via mobile
Always Great Le Meridien Chain

I have stayed in some of the best Le Meridien hotels in the world and this one did not disappoint either. My first option is always look for this chain when I travel and so far things has been great. The bed was so big and comfy, the restaurant Red Salt connected to the hotel a must try for sure. For those who love jogging, there is a beautiful park outside the hotel that I used to jog around since the gym was closed. I would for sure recommend this hotel because it’s the Le Meridien chain and like I just said it, never been disappointed every time I have stayed with you guys. Cheers, BN

This review is the subjective opinion of a TripAdvisor member and not of TripAdvisor LLC.
travelbefore20wasfun
Fort Wayne, Indiana
632601
Reviewed 27 August 2020
Cheats Marriott elite status guests

The Le Meridien was renovated a few years ago, but the whole lobby is unusual because it is shared with the Sheraton. This is confusing not least because the. Sheraton and Le Meridien brands are completely different.

The pool is open, but the gym is closed. Housekeeping is not being provided on a daily basis.

Also, the Le Meriden is not providing the required Marriott Bonvoy elite status benefits, including breakfast despite the fact that the restaurants are open.

This review is the subjective opinion of a TripAdvisor member and not of TripAdvisor LLC.
View more reviews
PreviousNext
123…77