$102
$53
View deal
Free cancellation until 06/04/22
Priceline$62
Travelocity$102
Hotels.com$102
View all 14 deals
Prices are the average nightly price provided by our partners and may not include all taxes and fees. Taxes and fees that are shown are estimates only. Please see our partners for more details.
CzarEmmanuel
Manila, Philippines
1319705

Very friendly and accommodating staff. The room we had was spacious, with a mini sala and a kitchenette at the entrance. The common areas are very lovely and I can tell that from their refurbishment, interior design, furniture, etc. There are perhaps two things I don't like about this hotel. First is its location. It's quite isolated and I had to take a taxi from Harbour Point Mall to reach it. Second is the rather limited foods and drinks its breafast buffet has. Otherwise, I would very highly recommend this place. Thumbs up!

Trip type: Traveled with family
See all 145 reviews
Nearby Hotels 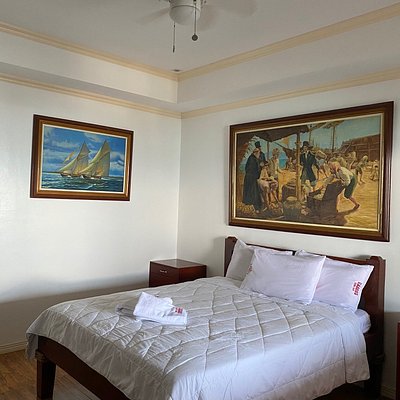 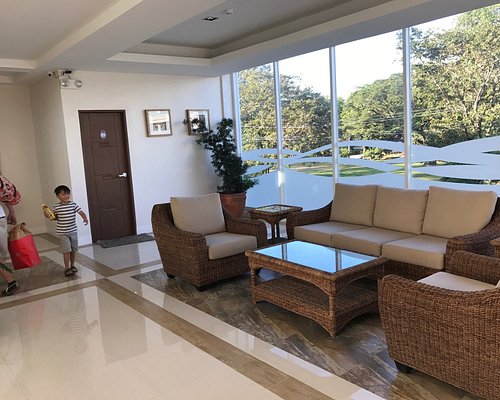 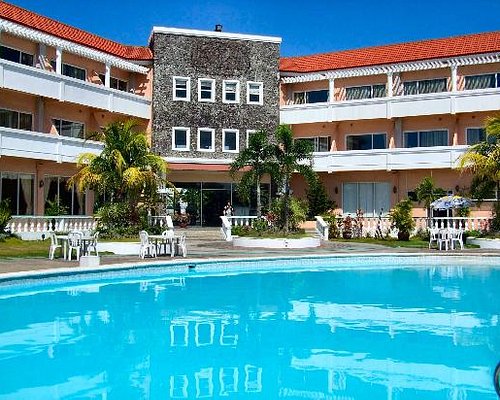 it's a great hotel to stay in subic, it has a pool, centrally located in restaus, church, and malls.

cons:
- too much walking from the reception to the rooms. (considering the senior citizens and PWDs)

mansion garden hotel is a great place to stay. 1 night or 5 nights? comfort is what will be given. good job.

This review is the subjective opinion of a Tripadvisor member and not of TripAdvisor LLC.
Jethsimaine
Melbourne, Australia
31
Reviewed June 19, 2019 via mobile
Great Customer Service

Our 2-night stay at the Mansion Garden Hotel was great. Issues were immediately addressed. We booked three double deluxe rooms. The TV in our room wasn’t working when we checked in. We called reception immediately and maintenance came to fix the issue. On our second day there were lots of ants on the counter near the fridge, this was also remedied immediately. The pool was sort of covered. Lifeguard present. There were towels available in the pool area. Buffet breakfast was average but had different selections on our second morning.

This review is the subjective opinion of a Tripadvisor member and not of TripAdvisor LLC.
blueheartmd2017
Philippines
9381
Reviewed June 1, 2019 via mobile
Nice travel hotel

Located just about a kilometer away from Boardwalk Park Subic and a stone throw away from Royal Duty Free. A cozy "your travel hotel. Got a room good for 4 pax priced at Php 6k - spacious with personal ref, 2 double beds, cable tv, safety box, coffee set and landline telephone. Food is okay. Staff were courteous.

This review is the subjective opinion of a Tripadvisor member and not of TripAdvisor LLC.
Thomas M
7168
Reviewed May 4, 2019 via mobile
Pleasant stay

I stayed at the hotel for 3 nights.
Check in was friendly.
The room was a reasonable size enough for 2 persons. The room was equipped with a small fridge. Tea and coffee making facility. 2 x Complimentry bottles of water where free and topped up daily.
The toilet was compact and clean with a bath combined shower unit. The
Wifi in the room was a reasonable speed.
The hotel is in a good location and within walking distance to restaurants and only a 15 minute walk from Harbour Point Mall.
There is a 7/11 next to the hotel and it is convenient if you need any supplies.
There is an elevator to access the floors.
The pool area was adequate and nice to have a dip and cool down.
Breakfast was more local style than western and had limited choice.
Overall the hotel was clean with friendly staff.

This review is the subjective opinion of a Tripadvisor member and not of TripAdvisor LLC.
damseldestress
42
Reviewed April 10, 2019
Great Place, Amazing Service, Not So Good Guests

We stayed for a weekend in Mansion Garden Hotel. The service is immediately amazing from the beginning. The doormen assisted us with our luggage as soon as we arrived. The lobby is small, but very comfortable with small and large seats, cellphone charging, and water available for guests to take. We arrived a bit too early (before 11am), so I didn't expect to be able to be given a room much earlier. Instead I ordered iced coffee, and looked around the area. There's a small pool with an overhead cover and a great little restaurant. The iced coffee from the resto was yummy. Barely an hour later, we were informed that our room was ready, which is a relief to my senior citizen parents. This is an example of their amazing and kind service.

The room was comfortable and large. We were four in one room, with two large twin beds. It was clean and there were really good amenities, such as tea, water, and toiletries. Fresh towels for four people were prepared. The downside was that we were roomed quite close to several young guests who were quite loud and awake until nearly 12 midnight. But when we reported this to the hotel, they immediately responded to our call and helped us asked the other young guests to be quiet. :) After that, it was peaceful sailing. At breakfast, we had 2 complimentary meals and requested for 2 more. We were ready to pay, but they waived the payment because of the hassle that happened the night before! It was amazing that they remembered and even more that they took great pains to make up for something that wasn't even their fault. :)
We left the hotel with smiles on our faces. Next time I go back, I'm gonna make time for the Spa. :) It looks wonderful!

Little Cons: Not so good soundproofing and if you eat in the breakfast area, your clothes will smell like food/oil after! :) but beyond that, all good!