US$117
US$89
Free cancellation until 01/05/21
Reserve now, pay at stay
View deal
Booking.comUS$89
WyndhamUS$89
PricelineUS$89
Hotels.comUS$89
Agoda.comUS$89
StayForLongUS$117
View all 18 deals
Prices are the average nightly price provided by our partners and may not include all taxes and fees. Taxes and fees that are shown are estimates only. Please see our partners for more details.
morng974
1

1. NO ONE WAS WEARING A MASK: NO RESIDENTS, NO EMPLOYEES. Wyndham's website says they require masking at their hotels. Makes you wonder if they follow other cleaning protocols promoted by Wyndham. This place should be removed from Wyndham's stable of hotels.
2. The first 3 (THREE) rooms we were sent to were not made up. The young lady checking us in was shocked and worked hard to find us a room. She finally upgraded us to a "suite", which was no bigger than the other rooms we looked at.
3. The building looked nice on the outside, but there was definitely wear and tear in the room.
4. The smoke alarm was missing from its holder in the ceiling.
5. The duvets had no covers.
6. NO ONE WAS WEARING A MASK! The reason given was that the state had removed its mask mandate. But I pointed out that Wyndham required masks anyway. No response.More 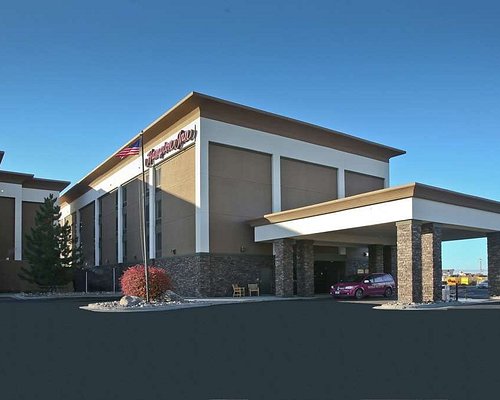 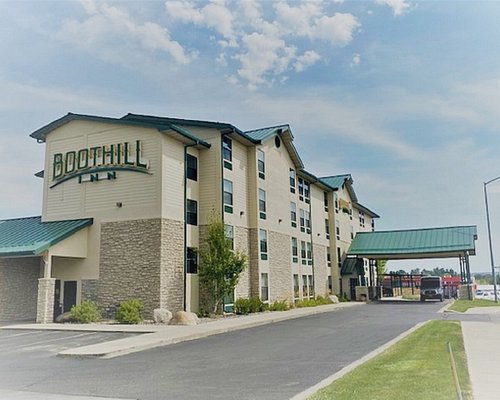 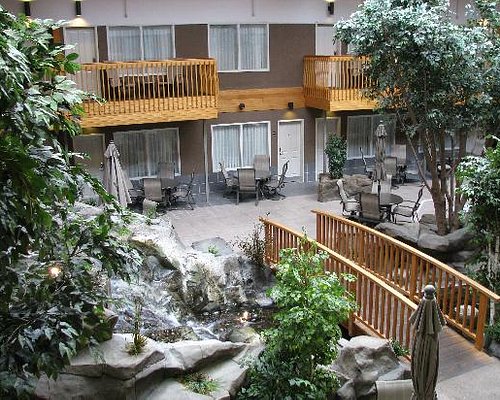 Taking safety measures
We compared the lowest prices from 16 websites
Northern Hotel Lif
US$187
US$163
Booking.com
View deal
Free cancellation
Reserve now, pay at stay
Priceline
US$163
Agoda.com
US$163
Trip.com
US$187
View all 16 deals from US$163
530 reviews
5.7 km from Baymont by Wyndham Billings

Expedia.com
View deal
Free cancellation
Pay up to 12X
Booking.com
US$119
Priceline
US$119
StayForLong
US$151
View all 18 deals from US$119
824 reviews
1.0 km from Baymont by Wyndham Billings

1st of all, I was moving across country and had the awful experience of having my wallet stolen. Luckily, I had enough cash that was not stolen to get across the country. When I went to check in to this hotel, the staff treated me like a criminal because I didn't have ID, even though there numerous ways to check my identity (I knew my reservation details; I knew the address charged with the account; I could have told them the reservation #, if they had only asked). Not only that, when I said I would pay cash because some was not stolen, the woman at the front desk smirked at me. Yes, smirked. I was almost as angry about the attitude of all of them as I was about having my wallet and all my credit cards stolen!

Second, not a single person on staff was wearing a mask. No guests were wearing masks. I didn't fell safe.

Fourth, It was dirty. There were hairs in the shower.

Fifth, I have never seen such threadbare hotels.

Sixth, I would have left but I was traveling with pets and too tired to find a different hotel.

This review is the subjective opinion of a TripAdvisor member and not of TripAdvisor LLC.
ronsU7274GQ
Sheridan, Wyoming
555793
Reviewed 15 November 2020 via mobile
Two nights two different rooms

The first night we had room 118 and the second night room 221.
The first nights room,118, was okay. Looked good on the surface but UNDER THE BED,, found used shot bottles of vodka and a used bottle of 7up. Also a few jellybean looking items. Thought that was really sad. Two of the lights didn't work. I informed the front desk about what we had found but the room did seem clean other than not looking under the bed plus when we were ready to leave we left them a note regarding what we found. I would still give an overall score of a low four.

They do allow pets, have a pool, and give a few items for breakfast.

After another day in Billings Montana we decided to spend another night so after checking the rates we decided to give the Baymont another stay.

Checked in and got room 221. The first thing we did was to check under the beds. NICE, BASE BOARDS AROUND THE BEDS!!! Nothing could get under the bed. Super nice room.This night would score a heavy 5 to higher. Even the windows were cleaned in this room.

Now if you're keeping score a heavy 5 and a 4 would average close to a ten divided by two would be a Five you'd think. So why the lower score? Let me explain.
Morning came and the wife went to see what was for breakfast while I stayed in the room with our rabbit dachshund. When she got back to the room Willow slipped out of the room and the door was closed. We looked around for Willow and noticed she had slipped out of the room. We both started hunting for her and calling her name. A lady with a corgi said she saw her on the first floor. I ran to the first floor calling for her. The wife went to the front desk and asked if they had seen her and they said they hadn't seen her but would let us know if they do. She then went outside to look. I got to the first floor and called for Willow and a housekeeper hurriedly went into a room and lightly closed the door. I called for Willow again and heard a dog that sounded like her bark from behind the door across from the room where the housekeeper went into. So I opened his door and said, "Excuse me, but have you seen a little wire haired dachshund on this floor?" He looked shocked, paused, and pointed and said, "Out there?"quietly. So I called Willow's name again and she barked and whined from across the hall. I knew for sure that it was her. I informed the housekeeper that Willow was ours. He paused again and then said, " in there?" and pointed at the locked room 113. I said, "The door is locked can you please let her out?" He paused again then slowly went to the door and slowly swiped the key card, Cracked the door open and Willow ran out and jumped up on my leg. The housekeeper hastily went back into the other room and disappeared.
Does that sound a little funny to you. It sure did to the front desk and the Housekeepers on our floor.

From our two day stay we would go back but we'd request floor two or three as long as the housekeeper from floor one wasn't working those other floors. And keep a closer eye on anything that means much to you. The front desk person and the Housekeepers from floor two were also helping us look for Willow and the others and the room will have us coming back. Next time I hope we can keep this Baymont at a solid FIVE.

This review is the subjective opinion of a TripAdvisor member and not of TripAdvisor LLC.
spurgirl3
Stonington, Connecticut
8324
Reviewed 1 October 2020
Disgusting Hallways and Landscape, Nonexistent breakfast, Beer Bottles In Our Room, UGH

I confused this hotel with the other Wyndham property in Billings we stayed at last year....BIG mistake. We got into Billings rather late, made the reservation on the phone, when we got there discovered it was the wrong property. They would not refund, so we stayed...Landscaping weedy and full of trash. Once inside hallway, rugs and plastic trim edging were being replaced? All the plastic trim pieces, glue chips, bits of carpet edging lining the floors on each side-gross, at least clean up at the end of the workday!! It was left just laying there, a trip hazard for someone older...Room not too bad, except for the 2 beer bottles left behind on the floor near the beds' headboard by previous guest. Should not have missed by housekeeping. Bedding and bathroom were clean (I hope!!)... Continental breakfast in the morning was....coffee from machine and apples. What???? We went to Cracker Barrel. Don't stay here!!

This review is the subjective opinion of a TripAdvisor member and not of TripAdvisor LLC.
kimsL106QU
4
Reviewed 6 August 2020 via mobile
Beyond Disappointed

Spent a night and was beyond disappointed. Deal was $89 and paid $119, plus all the extra fees. Three rooms later, the other two were so smoked it you'd be surprised not to see the ashes lying around. The third was in disrepair and smelled musty. The room curtains were sliced and stained, towels stained and stunk, and just overall not impressed. For the cost, I understand it's a discount motel, but honestly I won't recommend or visit this hotel again.

This review is the subjective opinion of a TripAdvisor member and not of TripAdvisor LLC.
mandans
Bismarck, North Dakota
3632
Reviewed 31 July 2020 via mobile
Sh*@hole

Got this room on another hotel site. Figured it was similar to our local Baymont. It wasn’t. The shower was gross, there was hair on the countertop in the bathroom. Tile and paint in the room/bathroom were worn and falling off. No elevator. The railings on the stairs were worn and rickety. We encountered some sketchy clientele on our way back from dinner and decided that perhaps this wasn’t the place for us to stay. Rather than live here for a night I drank 3 Red Bull’s and drove the 400+ miles home that night. Worst hotel experience I’ve ever had. If I could give zero stars I would.

This review is the subjective opinion of a TripAdvisor member and not of TripAdvisor LLC.
View more reviews
PreviousNext
123…92