US$147
View deal
Booking.comUS$147
PricelineUS$147
Hotels.comUS$147
eDreamsUS$147
Expedia.comUS$147
FindHotelUS$147
View all 20 deals
Prices are the average nightly price provided by our partners and may not include all taxes and fees. Taxes and fees that are shown are estimates only. Please see our partners for more details.
HNBISOFF
Bedford, Texas
806190

The Residence Inn Atlanta Airport was very nice. The room was clean and the morning breakfast was good. The hotel staff is working very hard with guest to abide by the CDC protocols for COVID. It is a nice place for an extended stay.

Trip type: Traveled with family
See all 238 reviews
Nearby Hotels 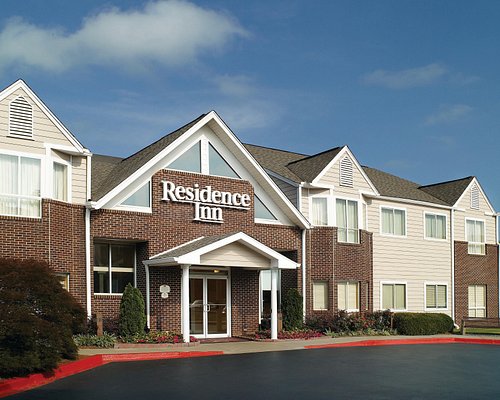 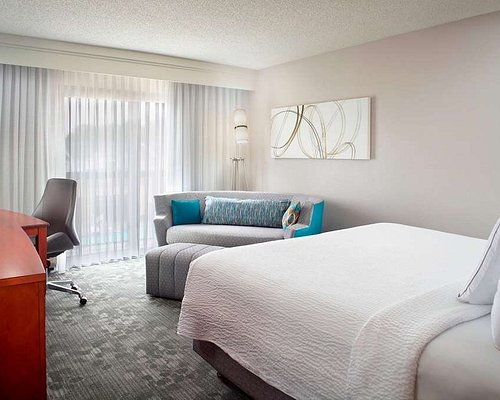 ARTHEIA E. BLAKENEY-GREENE Is a heartless GM. My one year old daughter was stung by a wasp inside of our room and they did nothing. Didn’t want to compensate or remove the wasp nest by the window. Mad

This review is the subjective opinion of a TripAdvisor member and not of TripAdvisor LLC.
SewFine802
Rutland, Vermont
10453
Reviewed 5 October 2020 via mobile
Excellent

Stayed in a suite for 4 nights. King bed. Full sized refrigerator. Microwave. Stove top. Pull out couch. Everything seemed clean and fresh. Modified breakfast but still plenty of choices. Close to the airport. No shuttle so I took an Uber , which cost $10. Comfortable bed. Good hot water. You could have as much or as little housekeeping as you wanted. I thought there would be more noise , being so close to the airport. But it was minimal. Many other people staying there let their doors slam when leaving/entering which was extremely annoying. Basket ball court right outside the window was noisy at times, but not bothersome. Pool looked inviting but I didn’t use it. I would definitely stay here again

This review is the subjective opinion of a TripAdvisor member and not of TripAdvisor LLC.
seasonedtraveler1965
Joppa, Maryland
25856
Reviewed 10 February 2020
Not Marriott Residence Inn that I am used to

Stayed at this location because of it's location and space- needed a suite with two bedrooms. Prior to leaving home, I requested extra pillows and blanket- son was sleeping in living room. I also stated that I would like a room that was pet free since my family are allergic to dog and cat hair. I was emailed messages back but nothing addressed the two items above. Our flight was late leaving BWI, so we did not get to hotel until about 1-130A. I was told then that pets could have been in every room in the hotel and was asked if i wanted to see if there was another hotel that i wanted to check out before checking in to this one......at 130a- WOW. I was told that the best housekeeper cleaned that room and it should be fine. It seemed ok since no one had any reactions. We get to room and the entrace door stuck opening and had to be forced with a shoulder shove. The room was very dated but had some updates. I was glad to see a fireplace since it was cold. NEVER EVER EVER have a been at another RI and if it had a fireplace, it was not fueled with gas and a switch to flip to turn it on. This one was a real fireplace and we needed to purchase a log or whatever from the front desk to have a fireplace. Really I guess if we smoked up the room, since most people don't have real fireplaces and didn't open the flue. I could have used it, but at $200+ a night, you should have given me the fuel for the fireplace. You are also CHARGING me to park on your lot. The display about the hotel says FREE Parking- IT IS NOT- $8 per day and they do charge it. I do not understand why it is not included it price and if you don't have a car (vehicle) reduce price by same $8. The breakfast was very run of the mill and not appealling. We also had to call because we were not getting hot water. Maintenance came and he was baffled as to why we could not get consistant hot water. The room my wife and I stayed in was a peek-a-boo room. The bedroom had double doors but the curtains in the doors, but allowed for no privacy if lights were on. Mattress on the pull out was dirty. As stated earlier, the entrance door stuck and would not close correctly. The outside of teh door also had Trick or Treat in red marker that was not cleaned off well. You get one time to make a first impression. My impression....NOT to return unless there is no other hotel in area to meet my needs. Would not recommend.

This review is the subjective opinion of a TripAdvisor member and not of TripAdvisor LLC.
Jag225
Baton Rouge, Louisiana
31
Reviewed 21 January 2020
Nice Hotel.

I enjoyed my 4 night stay at this hotel. Check in went smoothly, the front dest associate was very pleasant. I only took advantage of the breakfast one morning. It was both satisfying and filling with lots of options. My only issue was no housekeeping on a day I requested and was told that my suite would be cleaned. Personnell were nice and accomodating.

This review is the subjective opinion of a TripAdvisor member and not of TripAdvisor LLC.
DrMaur
Clay, New York
43
Reviewed 5 January 2020
Not Marriott quality, but had the needed suite space

Stayed in this hotel for 9 nights (over the Christmas holidays) due to a family situation. We always stay in Marriott hotels and the choice to stay here with a newborn was an easy one to make. However, it was so disappointing. The room was not cleaned for 3 separate dates, including Christmas when no announcement was made to not clean. We had to make calls for towels and replenishments on those days, and we put the garbage outside the room so that it didn't pile up. The first room had a leaky roof and a moldy smell and was totally unacceptable. The change was made to a quieter suite, but not necessarily cleaner. Plumbing between rooms was loud. The cleaning and breakfast staff were friendly and kind. The front desk staff seemed more interested in staying in the back room, than assisting customers. A manager never appeared to welcome guests. This Residence Inn needs a serious update in space and personnel.

This review is the subjective opinion of a TripAdvisor member and not of TripAdvisor LLC.
View more reviews
PreviousNext
123…40