i loved my stay - Motel 6 Gainesville

US$69
Free cancellation until 23/04/21
Reserve now, pay at stay
View deal
TripadvisorUS$69
Booking.com
Travelocity
Hotels.comUS$69
Orbitz.com
Agoda.comUS$69
View all 15 deals
Prices are the average nightly price provided by our partners and may not include all taxes and fees. Taxes and fees that are shown are estimates only. Please see our partners for more details.
terrell1030j
1

i loved my stay

I loved the front desk clerk Jessica! supper nice and very good customer service ! glad to see people working that want to work ! i would definitely stay here again ! i had no problems at all and plan on cominf back

See all 52 reviews
Nearby Hotels Breakfast included
Sponsored
The Guest Lodge Gainesville
US$64
Tripadvisor
View deal
Pay up to 12X
Booking.com
Hotels.com
Travelocity
View all 17 deals from US$64
270 reviews
We compared the lowest prices from 17 websites 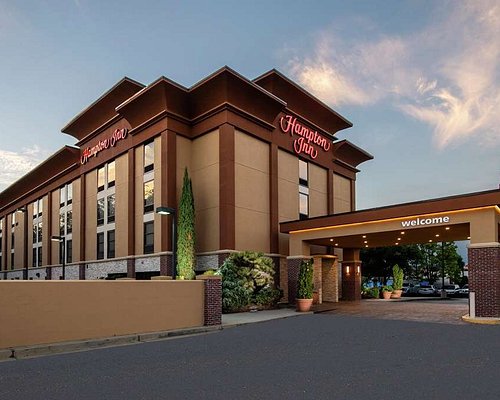 Good no tell motel... clean, but very limited in provisions and in serious need of updating. Had a nice, quiet visit!! They even called us when we got in our room to make sure we had all we needed. I will say, not having a microwave, but having a fridge was kinda strange. No coffee or free breakfast kinda sucked. There are several stores nearby and a liquor store too.

This review is the subjective opinion of a TripAdvisor member and not of TripAdvisor LLC.
XYZanne
Ypsilanti, Michigan
3
Reviewed 28 October 2018 via mobile
Overpriced, Uncomfortable, and Dirty

My husband and I had been driving fifteen hours en route to the Blue Ridge Parkway and waited to stop until after we got past Atlanta. As it was after midnight, we weren’t able to book online, so I registered at the front desk. The borderline-rude front desk agent told me the price would be $80, which is $20 more than any rates posted online and $50 more than they should charge. Exhausted, I did not argue, as I’ve had decent luck with Motel 6 over the last few years, post-renovation initiative. After a moment of worry that we would fall through the rusted-out steps to the second floor, we made it to the room. Superficially, the room looked to be in order; however, a visit to the restroom to take a quick shower revealed otherwise. The toilet was dirty, and the floor and shower stall both felt greasy to the touch. After drying off and getting into bed, I found mine to be rickety and creaky. The sheets were cheap and scratchy. My husband’s bed (king rooms were sold out) was so uncomfortable and the pillows so rock hard that he went to Walmart at 4:30 am to purchase a better pillow. That bought him at least a few hours of fitful sleep before the noises from outside woke us. Even if we’d wantes to sleep in, the surly-seeming housekeeping staff would have been loudly knocking on our doors, as we had no Do Not Disturb signs. The blackout curtains did work well, as the room was pleasantly dark for sleep. Too bad we didn’t get more of it. My husband and I travel extensively, and the Gainesville Motel 6 has the distinction of being one of the worst hotel stays in memory. A gas station parking lot nap might be preferable.

Dear Zanne, Thank you for taking the time to share your review. We strive to deliver a great guest experience, but it sounds as though we did not perform to our usual standards in this case. We apologize for any inconvenience or misunderstanding that may have occurred during your recent stay with regard to your reservations issues. Our staff aims to provide the highest level of hospitality to our guests through our customer service, but with your experience we have fallen short and would like to apologize for the service issues you experienced. Please know that the conditions you describe are atypical to Motel 6 standards for quality and we apologize for the inconveniences you describe. We encourage you to contact our Guest Relations Department at 1-855-787-9864 to record the details of your visit to help us provide a better guest experience in the future.

Report response as inappropriateThank you. We appreciate your input.
This response is the subjective opinion of the management representative and not of TripAdvisor LLC.
DSWinVB
Virginia Beach, Virginia
308
Reviewed 8 October 2018
OK for an overnight stop

Friendly, basic, quiet and clean. No complaints for what it is. Out of the way from other motels/hotels in the area. Not much in the way of food in the area. If you are looking for a fancy place, go somewhere else. Pet friendly.

This review is the subjective opinion of a TripAdvisor member and not of TripAdvisor LLC.
Don C
Grandview, Washington
7344
Reviewed 6 October 2018
Overpriced, Underserviced, and Filthy

I should be asleep right now but there’s some kind of animal noises coming from just outside my room. Oops, it’s just some guy parked at the curb, smoking, drinking, and carrying on a not-too-private phone conversation. As for the review, I get that pricing goes with the location and amenities. However, Bumtussel nowherezville should not be charging more than a M6 in Sacramento, Cali, for example. Maybe I could’ve accepted some justification for the piece, if service and quality was there. It was not. The Wi-Fi was down for about 1/3 of my stay. The desk clerk said she would follow up and let me know the status of this problem but never did. Shower was OK as far as, pressure, temp, and water quality but I can’t say the same for the cleanliness. I’m never one to take pics of every minor scratch or chunk of missing wood from moldings. However, I decided to take a tour and found some severely contrasting looks across this property. I’m going to let the JPEG’s fill in the rest of this review.

Dear Don, Thank you for sharing your feedback. We apologize for any misunderstanding that may have occurred during your recent stay with regard to our rate policies and the inconveniences you experienced. We are committed to delivering a clean, comfortable room and apologize for any failure in following through on that commitment during your recent stay. We encourage you to contact our Guest Relations department at 1-855-787-9864 to record the details of your visit to help us provide a better guest experience in the future.

Report response as inappropriateThank you. We appreciate your input.
This response is the subjective opinion of the management representative and not of TripAdvisor LLC.
Bobbie R
3
Reviewed 7 August 2018 via mobile
Drag racing

We have here 2-3 times and it's quiet, good stay for the money. The pool want working this past visit and made the grandson's upset but other than that it serves it purpose - a place to sleep. Wish they had bigger beds

This review is the subjective opinion of a TripAdvisor member and not of TripAdvisor LLC.
View more reviews
PreviousNext
12…9