US$99
US$67
View deal
SAVE US$32
Free cancellation until 01/05/21
Hotels.comUS$67
FindHotelUS$99
PricelineUS$67
View all 17 deals
Prices are the average nightly price provided by our partners and may not include all taxes and fees. Taxes and fees that are shown are estimates only. Please see our partners for more details.
Lauraf101101
Bristol, Connecticut
1

I have had to stay here for a few weeks with my family, and I'm so happy they have Shelley as an employee. We look for her to begin her shifts and are sad when she leaves. She's always so friendly and smiling no matter what and always goes above and beyond.
If you have the pleasure of staying here hopefully you will see her!.
We only wish Red Roof Inn had more Shelley's !
They are all accommodating and friendly here and it has not been a bad stay at all.

Trip type: Traveled with family
See all 559 reviews
Nearby Hotels 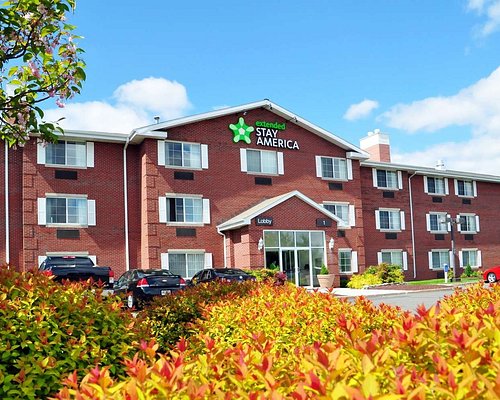 Ashley was an amazing employee!! Always had a smile on her face and she very much made the experience worth wild!! I will definitely be returning again and hopefully I get her again! She deserves a raise for the way she handles everything and everyone all by herself. keep up the good work!

This review is the subjective opinion of a TripAdvisor member and not of TripAdvisor LLC.
614chasem
Springfield, Massachusetts
1
Reviewed 9 September 2020 via mobile
Shelley

I am incredibly pleased with the quality of customer service provided to me.

Such a great commitment to customer services should be commended highly.

The professional manner in which you handled my query must be commended.
Very good of you to stay on the line so patiently to help me with this walkthrough.

Your company is successful because of its focus on its customer services. Well done!

This review is the subjective opinion of a TripAdvisor member and not of TripAdvisor LLC.
jesspurse
Near Portland, Maine
62
Reviewed 10 August 2020
Middling hotel with no security

It was late. My original hotel didn't have power. I was traveling with a dog, so I figured I'd try a RRI as I know they're dog-friendly and, while not the best, typically decent.

The lobby smelled like cigarette smoke. The elevators smelled like alcohol and were dirty. There was trash piled up next to the trash cans. The hallway smelled like body odor and alcohol, and I could hear people talking and TVs on when I walked to my room.

The room itself was okay. It was damp/moist, and there wasn't a hand towel, but it seemed clean. There wasn't a mattress pad on the mattress, which was weird.

There wasn't parking available right in front, so I parked in the hotel side lot alongside a couple of other vehicles under a street light. I asked the clerk if it was safe, and she shrugged. The next morning, I took the dog out to pee and get something out of my car.

Except during the night, someone had smashed the window, stolen nearly everything out of the car, tried to break in through the driver's door and did something to the handle, and tried to actually steal the car based on the fact parts of the ignition were strewn on the seat and it was scratched up.

I went to the front desk. The manager called the police, and that's it. That's literally all the manager offered to do.

They grudgingly let me stay past check-out time since I had to deal with the police, etc, after I asked. They let me use their shop vac to clean up the glass after I asked.

They don't have a security camera on that side lot, so park and stay here at your own risk. The van next to me also was broken into. As for me, I'm out the $130 odd I spent on the room and $500 in deductibles. Most of what was stolen is replaceable, but the feeling of being violated isn't going away anytime soon.

Thank you for taking the time to tell us about your experience at the RED ROOF INN HARTFORD - NEW BRITAIN. I am sorry that your experience did not meet your expectations. Please accept our sincerest apologies.

I can assure you that corrective measures will be taken to ensure a similar situation does not occur in the future. At Red Roof, it is our intention to have your confidence in our abilities to prevent similar problems in the future. Please know that we value you as our guest and appreciate your business. Thank you for sharing your concerns and I hope you will give us the opportunity to better serve you at Red Roof the next time your travel plans require lodging.

Report response as inappropriateThank you. We appreciate your input.
This response is the subjective opinion of the management representative and not of TripAdvisor LLC.
V1129NMmiked
1
Reviewed 7 August 2020
Shelly at RRI 857

Great customer service! She was a great help very friendly and understanding! She needs a raise or something I will definitely stay here again solely because of her awesome attitude and willingness to help and do whatever she can to help us out during these hard times

This review is the subjective opinion of a TripAdvisor member and not of TripAdvisor LLC.
206breec
1
Reviewed 1 August 2020 via mobile
Red roof inn new Britain

I had a great experience at red roof inn in new Britain. Shelley and tiffany helped me at the door and were extremely patient, polite, and courteous. Excellent customer service on their part. They will definitely reach their full potential at red roof. The room was clean and aesthetic. Had a wonderful time, will be back!

This review is the subjective opinion of a TripAdvisor member and not of TripAdvisor LLC.
View more reviews
PreviousNext
123…94