US$88
View Deal
Booking.comUS$88
Expedia.comUS$88
eDreamsUS$88
Orbitz.comUS$88
TravelocityUS$88
CheapTicketsUS$88
View all 10 deals
Prices are the average nightly price provided by our partners and may not include all taxes and fees. Taxes and fees that are shown are estimates only. Please see our partners for more details.
8MikeM
Edinburgh, United Kingdom
22680

Fabulous warm welcome from Leo with advice on local restaurants and other ideas. Excellent big room with comfortable bed, AC and ceiling fan. Cracking pool area. Location is a few minutes (5 or less to the beach and some nice restaurants being another 5-20 minutes' walk. I would go back without hesitation.More

Thank you very much for your comments, we really appreciate it.

Report response as inappropriateThank you. We appreciate your input.
This response is the subjective opinion of the management representative and not of TripAdvisor LLC.
See all 378 reviews
Nearby Hotels 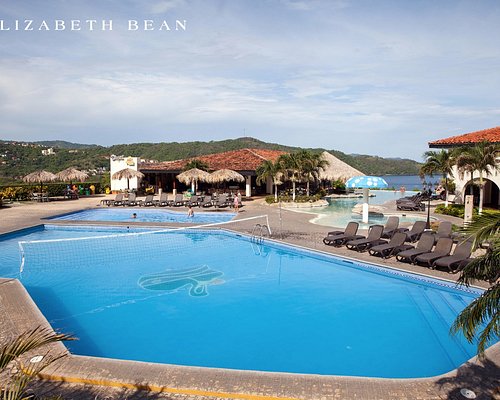 We returned to Sueno because it (Hermosa) is a pleasant, simple place to end a
trip, that is near enough to the airport. The pleasant staff has remained consistent from before and there is a low-key friendliness to the 'villa'. The landscaping and gardens remain tenderly cared for here and the birds enjoy it as well as there are several species nesting in the trees, as well as parrots in the canopy and a mot mot on the fence. All is kept clean. There is no access to a mini-mart as such and in the pool side rooms, no mini fridge. But there are breakfasts and dinners here and reasonably priced snacks from the thatched bar/lounge area. The resort has been updated for its 25th anniversary. The pool is quiet and has shade in the latter afternoon and there is a little groto behind the public bookshelf for solitude in the shade. Exiting the property, it is just minutes continuing along the road to the right, past Bosque Villa to the beach entrance, and what a nice, uncrowded beach it is. In fact, it seems to have been cleaned up.
Like many others, we go up a third of the way to be at the upscaled 'aquasport'
to watch the sunset, grab a drink and some food. and music too this time. We had an incident, the owners were sympathetic and the staff was helpful, particularly the manager. We were able to attend the tuesday jazz, last of the season, and new since we last visited.

Room tip: you must be in the main building if you want more amenities, such as a fridge.
Ask fisher_eye_lens about Hotel and Restaurant Villa del Sueno
3  Thank fisher_eye_lens

This review is the subjective opinion of a TripAdvisor member and not of TripAdvisor LLC.
sandraatthelake
Verona, Canada
445
Reviewed 27 February 2020 via mobile
Valentine Day Dinner

I have struggled with review since the 14th. Our experience was less than positive after hearing from others how great the food was. The opening course were what you would expect from a high quality restaurant. Unfortunately the surf and turf lack the lobster and shrimp while our fish was not cool. All in all, food wise, very disappointing. On the other hand the ambiance was wonderful. The entertainment was of the highest caliber. I do understand the kitchen was over whelmed with orders but what I still struggle with is feeling like an uninvited guest.

We work as a team and do our best to deliver memorable experiences, be sure your comments have been subject of conversation in all departments concerned and have triggered positive ideas and growth on our part.
We are so sorry we did not feel your disappointment and have this conversation the day of, if you are still in country, we'de love the opportunity to make it up to you. Please call 2672-0026 or send us an e-mail : info@villadelsueno.com

Report response as inappropriateThank you. We appreciate your input.
This response is the subjective opinion of the management representative and not of TripAdvisor LLC.
Canadarty
94
Reviewed 22 February 2020
Paradise at Villa Del Sueno

This villa is special and I can see why many people return year after year. The staff are sweet and skilled. Thank you Christian, Leo, Hairo, Randall, Ronnie, Sandra and everyone else. Upbeat, great Junior Suite, great pool, great food. Get the continental breakfast. A beautiful place with lovely garden, and a few minutes walk to the beach. Very quiet - except on the nights with live music!!! Wonderful music!!! Thank you Dream Machine and Mango Taxi, your music was the best I have heard in a long time! We are so relaxed after a few days.

Thank you for your kind review,we really appreciate it.
C

Report response as inappropriateThank you. We appreciate your input.
This response is the subjective opinion of the management representative and not of TripAdvisor LLC.
F8388QDashleyd
Lexington, Kentucky
8320
Reviewed 22 February 2020 via mobile
Safe and clean

Pros: accommodations are nice, clean and safe. As a solo female traveler I felt very safe. The restaurant dinner options are varied and tasty. The beach is walking distance; is beautiful and not crowded. Nice and relaxing pool areas. Fun band and happy hour on Tuesday. The staff always remembers your name and greets you with a warm hello.

Cons: The wi-fi is basically non-existent in the rooms, okay in common areas. Not much to do in the area and must take cabs to other areas which can get pricey.

Thank you for your review.The WiFi is in the common areas only.
As an other option buses now go to Playas del Coco.
Traveling like the locals could be an interesting experience.
Thank you for your nice words.
Claude
Co- owner

Report response as inappropriateThank you. We appreciate your input.
This response is the subjective opinion of the management representative and not of TripAdvisor LLC.
annj290
Minneapolis
131203
Reviewed 21 January 2020 via mobile
It’s a Superior Room or Nothing

There are two sides to the hotel. The main part of the hotel with Standard or Superior rooms and the part across the street, “el oasis” which houses all the suites. Having seen both, they are too different to be seen as part of the same hotel. The main hotel Superior rooms have kind of a rustic elegance. Rooms include a ceiling fan, wood ceiling, dark tile floors, air conditioner, sheers and black out drapes, small empty fridge, coffee maker, room safe, full closet, single luggage rack, shower, single sink, nice enough plain white bed linens with a bed scarf, granite countertops in the bathroom and a single modern chair.

On a Friday night in high season you are likely to hear music from the restaurant until about 9:30 or 10:00. We heard a Canadian group that played stuff from mostly 1980’s. It was a nice addition to the evening. Wait staff are warm and friendly. The restaurant is not cheap. Most entrees range from $18-$39 or in that neighborhood. Dinner for two with drinks can with almost no effort be $100 -$150 depending on your hunger and urge to splurge. There are several vegetarian options. I had a delicious veggie pasta for under $20. Breakfast was included for us.

Our superior room (king bed, room 108) could have used a new shower head. It was really old, small and forceful. Many of the better hotels now have rain shower heads. They had no individual sized shampoos etc which matches my preference for environmental reasons. Our view was overlooking the roof, the bar and the restaurant. The main hotel with the restaurant, garden and pool has charm.

Across the street in “el oasis” are the suites. I saw only one suite (312) of however many are available. It was a junior suite and it was awful. The bed was much smaller than in a Superior room as was the bathroom. All of the fabrics and finishes were dated. It did not have the same feel or aesthetic at all to the Superior Room. Having a microwave and a few other bits (not a full kitchen as are pictured in some of the larger suites) was nothing that I could appreciate. To me, the so-called “upgrade” to a junior suite was actually a downgrade. We were accommodated by moving to the Superior Room that we had reserved.

Just a note about the location. We chose it because it was fairly close (within an hour) to the airport. We started our vacation at the hotel and ended it at the hotel. In between we traveled to four other hotels and drove about 1000 kilometers. Playa Formosa is a silty more muddy kind of beach as you walk closer to the water. It’s not one of the loveliest beach options in Costa Rica. Walking to the beach takes about five minutes, but if you end up driving you will likely have to pay for parking. There are not a lot of options for shopping or restaurants close by. You are pretty much stuck unless you drive to a bigger town.

If you’re looking for a nice updated suite then look very carefully. In my opinion, the suites here are quite dated. My other belief is that units (units that are sold under the same name) in any given hotel should have a consistent standard and feel. It does not happen here. The two neighboring properties are very different. It’s hard to know that going in.

One last note. One morning my husband and I could smell pot from the reception/pool area. I went out the gate and took a look. It had to be coming from the hotel or within a few feet of it. Whatever the case, it was off-putting.

This review is the subjective opinion of a TripAdvisor member and not of TripAdvisor LLC.
View more reviews
PreviousNext
123…63