Stayed there for two months for a company training in Balara. All I can say is that, all staff are very friendly and attentive of your needs. They have a very comfortable and safe space for all students and young professionals. Breakfasts arrive on time and they are attentive of all resident's requests. Kudos to all the staff of the Oracle Residences.

Room tip: In their dormitories they allow visitors until 12 midnight. It's a good place for sudden group meetings or hangout area.
See all 83 reviews
Nearby Hotels 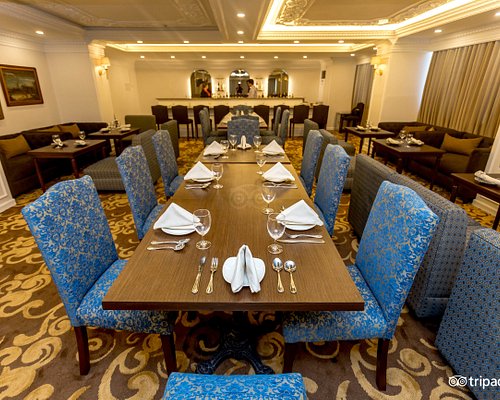 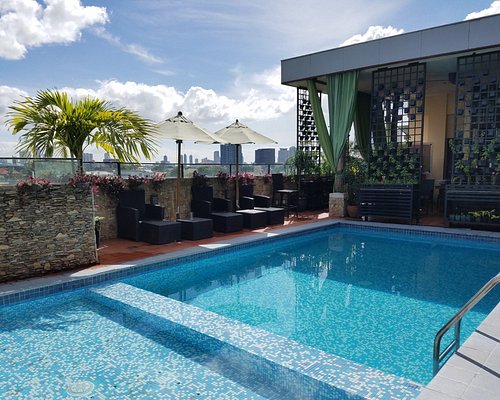 Expedia.com
View deal
Free cancellation
Pay up to 12X
Booking.com
US$107
Agoda.com
US$66
Hotels.com
US$90
View all 14 deals from US$66
794 reviews
4.7 km from Oracle Hotel & Residences
We compared the lowest prices from 14 websites Breakfast included
Seda Vertis North
US$108
Booking.com
View deal
Free cancellation
Expedia.com
US$101
Agoda.com
US$58
Hurb
US$127
View all 18 deals from US$58
1,286 reviews
4.4 km from Oracle Hotel & Residences
We compared the lowest prices from 18 websites
Red Planet Quezon Timog
US$24

Expedia.com
View deal
Free cancellation
Pay up to 12X
Hotels.com
US$18
FindHotel
US$16
Trip.com
US$19
View all 12 deals from US$16
4 reviews
4.3 km from Oracle Hotel & Residences
We compared the lowest prices from 12 websites
10% less than usual
Sponsored
Summit Hotel Magnolia
US$61

Expedia.com
View deal
Hotels.com
Agoda.com
US$35
Travelocity
US$44
View all 11 deals from US$35
79 reviews
5.3 km from Oracle Hotel & Residences
We compared the lowest prices from 11 websites
RedDoorz Plus @ EDSA Congressional

Having been invited as one of the presenters in a panel at a Conference in the Ateneo de Manila University, it was important that a convenient place near the venue can offer a comfortable and quiet place to do writing and other preparations. I found this hotel, of which our sponsors billeted us, as indeed the place for academics like me. Although we were three in a room, space was just right for our traffic going in and out of the bathroom. Most important, there was daily clean-up and replacements of shampoos, toothbrushes etc. Their toothbrush is even sturdy unlike most hotels I've been to. Breakfast is served inside the room, very neat and classy. Yes, indeed my three nights and four days stay in this hotel was very good. Congratulations to its management and staff!

This review is the subjective opinion of a TripAdvisor member and not of TripAdvisor LLC.
junbwheelchair
Valenzuela, Philippines
111
Reviewed 24 September 2018
Difficult for wheelchair-users, good staff

Traffic in Katipunan road is usually heavy, ramp in front of hotel is almost 45 degrees too steep for wheelchair even with 2 people pushing, violation of BP 344 Accessibility Law, elevator is too small have to squeeze my wheelchair, if it were not for the importance of the inclusive education forum I would not go in. The admin should address this violation of BP344. Also the CR, door is too small wheelchair can not go in. We do use the CR you know!

This review is the subjective opinion of a TripAdvisor member and not of TripAdvisor LLC.
Pohaku
Hawaii
4222
Reviewed 17 September 2018
Great Location and Staff

Location, location, location. Great for my work with academics nearby. Staff was wonderfully polite, kind and always ready and willing to provide service and recommendations for eating and shopping in the area..
Be aware, not all rooms have a view to the outside. Many have windows that look out to a concrete wall. I got room with a "city view" so had a view to the neighborhood behind the hotel and downtown Manila. During passage of typhoon Mangkhut (Ompong) to the north, my windows did rattle quite a bit and water spray from the windows did come into the room. Power did also flicker and then go out for about 5 minutes but the hotel generators did come up. So overall, hotel "weathered" well the typhoon which I think was testament to rather good facilities at this location.
Minus is the cockroaches. Size about 1/4' and smaller. I believe they abound because of the service gap on the sides (where the "windows" look out onto.).
But... this place is rated as a three star so very acceptable to me. And, with the very good and positive staff, I would rate higher if not for the "windows" and critters!

This review is the subjective opinion of a TripAdvisor member and not of TripAdvisor LLC.
katres123
Mandaluyong, Philippines
1
Reviewed 10 August 2018
Great hospitality

I stayed in the hotel for 2 days as i attend an academe event next door. not to fancy but ok. the staff are very nice to me and breakfast is good the dried fish. overall my room is good enough for my basic needs. wifi is great. very near major restaurants in the city. Not too fancy not to cheap but its good enough for me.

This review is the subjective opinion of a TripAdvisor member and not of TripAdvisor LLC.
dondiego41
Taipei, Taiwan
910
Reviewed 23 April 2018
Excellent staff, terrible experience.

A) The denomination of hotel is a bit misleading. It seems to work as a sort of B&B and as a student guesthouse (this is witnessed by the sign outside where they say "We rent rooms to students" and similar wordings. Also, the hotel is "carved" inside what seems to be a multipurpose building hosting also eateries, schools, offices etc. In short, it's as if they rented a couple of floors and turned it into a hotel. This has implications in terms of quality of life inside (and safety). For a moment i thought i had ended in the wrong place.
B) Pictures in their website and online DO NOT correspond to the reality (at least in my case). I was assigned a room with no windows, no working TV (they fixed it and it stopped working soon after, due to cabling issues i suspect, after which i gave up). (I do have pictures of the room i took during my stay).
C) Appalling level of hygiene. I had cockroaches running all over my room (and they did issue a notice that they would do a pest control treatment but unfortunately when i was leaving...for two nights i had to cope with cockroaches of all sizes running all over my room and my clothing), seemingly coming out from under the closet and the bed area. Apart from that there were piles of dust on all corners of the room, under the bed, under the fridge. I ended up putting a towel on the bed and sleeping on that. (I do have pictures of the cockroaches)
D) Air conditioning: Old, noisy, no remote, and pushes cold air right on your head/neck when you sleep. I switched it off and spent two nights sweating.
E) The room had a blind window overlooking maybe a wall or some shop where i could hear people chopping food maybe. I tried to use the window and the whole thing fell off. It was fixed by the EXCELLENT staff maybe but still i had noises coming from outside round the clock.
F) Noise in corridors is constant. People knocking at the doors, people having fun in corridors, somebody knocking at my door for no reason, people speaking on radios, music coming from all sides. It gets quieter at some point mid morning with only staff running on the floor but at some key times it's really noisy (especially on weekends).
G) Running water is not really sufficient for a proper shower. Pressure is low and water almost cold. If you need, say, a hot shower to recover from the pains their A/C gives you during the night, don't expect to find it there.
H) Not even some cheap slippers in room. This translates in having to walk barefooted where hundreds of others have before you and, in my case, with cockroaches roaming, that is how realized i had them indeed. I stepped on one of them at night while heading to the toilet, which implied an overnight shower and no sleep.
I) Breakfast is a mixed batch. Some food is fine, not to remember, yet some fruits i had were on the dry side and the watermelon was turning sour.
J) They don't seem to serve any meal beyond breakfast (so it should not be called HOTEL but, at best B&B)

The bright side
A) The staff is really nice, and caters for your needs. They managed to put me in a good mood despite the obviously unpleasant experience.
B) The hotel is not only placed in a very convenient spot but it is located at a walking distance (literally, next door), from a variety of pretty good restaurants and bars.

Considering price/quality ratio and the experience i had i would never recommend the hotel to anyone, especially considering that at the moment of booking there were 3 and 4-star hotels for just a slightly higher price in the area, just a bit too far from my destination during the trip. In particular, if you're set for a happy holiday and hotel is part of the experience, i would avoid it altogether. I know it spoiled my whole business trip, especially due to the lack of sleep caused by all the issues above.
Overall, had they claimed they were a student guesthouse and a B&B, i wouldn't have chosen that specific place or, if forced to, they would have received a different review since when considered in that perspective the place is up to standard for a really good B&B, especially considering the excellent staff and the overall portions of their breakfast with the staff that caters for you with extreme politeness and professionalism.

Room tip: Ask for a room with a window if possible and if they have any. The one i ended up at felt claustrophobic.
Ask dondiego41 about Oracle Hotel & Residences
1  Thank dondiego41