US$38
US$30
View deal
Free cancellation until 05/08/21
Trip.comUS$38
Orbitz.comUS$30
TravelocityUS$30
View all 12 deals
Prices are the average nightly price provided by our partners and may not include all taxes and fees. Taxes and fees that are shown are estimates only. Please see our partners for more details.
Karen N
61

Slept for one (1) night for our office's family day. Upon entrance you can smell something I can't describe. Pool is not maintained. Water heater is difficult to operate. No wifi. Food are not good. No elevator. Quiet dark in the reception area. Far from the city.

See all 17 reviews
Nearby Hotels 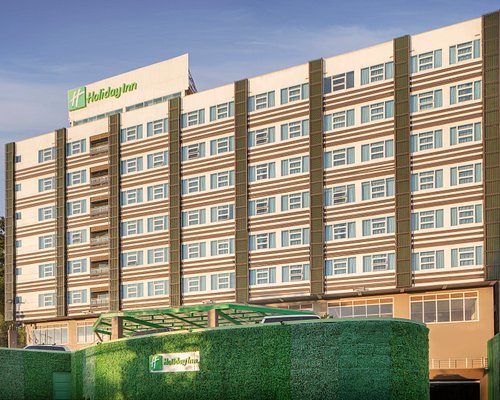 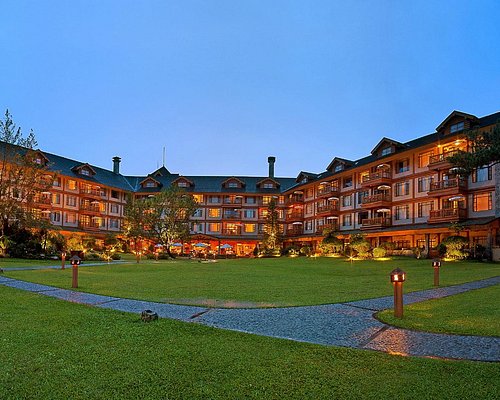 Taking safety measures
We compared the lowest prices from 11 websites

The Forest Lodge at Camp John Hay
US$156

Priceline
View deal
Free cancellation
Booking.com
US$112
Agoda.com
US$69
Trip.com
US$81
View all 12 deals from US$69
141 reviews
6.4 km from Green Valley Baguio Hotel and Resort
We compared the lowest prices from 12 websites
Breakfast included
Nyc Manhattan Suites
US$21

Agoda.com
View deal
Free cancellation
Booking.com
US$57
FindHotel
US$31
Expedia.com
US$57
View all 13 deals from US$31
40 reviews
3.9 km from Green Valley Baguio Hotel and Resort
We compared the lowest prices from 13 websites
Breakfast included
Newtown Plaza Hotel
US$64

Hotels.com
View deal
Free cancellation
Pay up to 12X
Expedia.com
US$64
Agoda.com
US$46
Priceline
US$53
View all 14 deals from US$46
168 reviews
5.2 km from Green Valley Baguio Hotel and Resort
We compared the lowest prices from 14 websites
Breakfast included
Paladin Hotel
US$36

The room was overpriced. What you pay for is the name of the hotel since it is a country club. The TV remote was broken and they did not even fix it. They told us to manually press the TV! I watch television during night time and I had to get up every time I wanted to watch something else. The bathroom was unmaintained and small. There were crawling bugs. The water heater was difficult to operate and the temperature of the water was not consistent. Toiletries were not well-provided. There was no toothbrush and toothpaste. The room was only nice because of the softness of the bed but the sheets were not that clean and there were some stains. The pillow had a stuffy smell. The scenery was nice, and I just made that my consolation for booking here. There is even no free wifi in the rooms, nor in the lobby. The table games came with a handsome fee. What did they expect the people to do? There was no free breakfast the following morning, but the hotel is quite far from the town centre. I would not want to spend a single cent more there because the food might be as bad as the service/room. It was difficult to get a taxi since it is quite far from the main road. Upon check out, they asked for a 5 peso hotel tax. Is there even such a tax? I did not get a receipt for that if it is a tax. I resented paying because of the poor quality ushered, but I just wanted to leave as soon as possible. I booked at another hotel and it was much better. The price was more affordable and the quality was impeccable.

This review is the subjective opinion of a TripAdvisor member and not of TripAdvisor LLC.
68faithn
Makati, Philippines
109131
Reviewed 14 March 2017
Sad Abandoned Feel

Green Valley Clubhouse was once the place to go for a dining, fun and games for the family in a quiet, rustic, colder part of Baguio. It is now a dark dilapidated abandoned shell of its former self. It’s run down facilities is full of dust, peeling paint, mice droppings, chairs and tables askew. Still the place to go to view the clouds and fog and feel cold but nothing else. You can still play table tennis, tennis, badminton, bowling. Too much cement and apartments greet you as you enter the compound. Nothing more than a row of houses and apartments to let. Too much cement for my taste. Very hesitant to recommend the food as the place is too dirty.

This review is the subjective opinion of a TripAdvisor member and not of TripAdvisor LLC.
James A
6
Reviewed 12 January 2017
Roach motel

Traveling with family. Booked two rooms for three nights at this facility site unseen, because most of Baguio was full and arrived after dark. Both rooms smelled bad, the ceilings were moldy, bathrooms had bare wiring, live and dead roaches and roach traps everywhere, outlets falling out of the walls, yellowed sheets that didn't look washed, filthiest carpet I've seen in a tourist facility, totally grubby place even by budget standards.

Very creepy place at night. It seemed like we were the only ones there except for staffers who hung around in the dark after the lobby lights were turned out at 10pm.

Bailed out after the first night, intentionally forfeiting the balance of the non-refundable reservations. (The facility did agree several days later to a refund after we sent the attached photos to the booking agency.)

The facility has great potential as a sports/resort destination with hilltop views, if the owners would put some serious money into it. As it is, it is grungy and run down. Don't go by the photos on their web site. There are far nicer places to stay in Baguio for just a small amount per night more.

Finally, be aware that the location is far removed from the popular tourism sites on the eastern side of Baguio, and because it's up a very long very steep road behind a guarded gate, there is no accessible public transporation. Going anywhere requires calling for a cab.

Room tip: Ask to see your room first before commiting to stay here
Ask James A about Green Valley Baguio Hotel and Resort
Thank James A

This review is the subjective opinion of a TripAdvisor member and not of TripAdvisor LLC.
toseeistobelieve753
Manila, Philippines
1
Reviewed 5 November 2016
You can't call it a hotel!

The hotel location is good, but the service is poor , expecting an extra bed came out extra cushion, someone need to sleep on the floor, the rooms not well prepare before we come, need to ask for toiletry.

This review is the subjective opinion of a TripAdvisor member and not of TripAdvisor LLC.
maria08r
Metro Manila, Philippines
1
Reviewed 4 November 2016
Good weather up here

It's a long weekend and we decided last minute to go to Baguio. Most of our hotel choices were already fully booked. We knew green valley way before, we used to check out the events and treats every time we visited Baguio way way back. It's no longer the same as it used to be. But the weather is great. The rooms are basic but clean. There's a restaurant where you can eat anytime of the day. Our stay wasn't truly great but comfortable. Love the green mountain view from our room. The city was so crowded, busy and lots of people. Here were find peace and quiet.

Review collected in partnership with Asiatravel.com
This business uses tools provided by Tripadvisor (or one of its official Review Collection Partners) to encourage and collect guest reviews, including this one.
Ask maria08r about Green Valley Baguio Hotel and Resort
Thank maria08r

This review is the subjective opinion of a TripAdvisor member and not of TripAdvisor LLC.
View more reviews
PreviousNext
123