US$67
US$55
Free cancellation until 30/10/21
View deal
Hotels.comUS$55
Booking.comUS$67
PricelineUS$67
TripadvisorUS$55
ZenHotels.com
eDreamsUS$67
View all 13 deals
Prices are the average nightly price provided by our partners and may not include all taxes and fees. Taxes and fees that are shown are estimates only. Please see our partners for more details.
Teng F
Puerto Princesa, Philippines
7333

What I like about this hotel is that it's just one call away. The staff, who fetched us from the airport, was very, very patient to look for us and very helpful with our baggage. There were four of us, who stayed at Sevilla, and we had a grand time though our visit in Incheon was brief. We were given the family room package that came with free breakfast.

What I like about it is that the area where it is located is safe and quiet, and has various restaurants for Pinoys, who would love to do Korean food adventure.

The hair dryer is 100 points. I don't know about you, guys, but if I were you, I'd stay at Sevilla whenever in Incheon.More

Show less
Room tip: All rooms have nice layouts and very comfortable to stay in
See all 80 reviews
Nearby Hotels 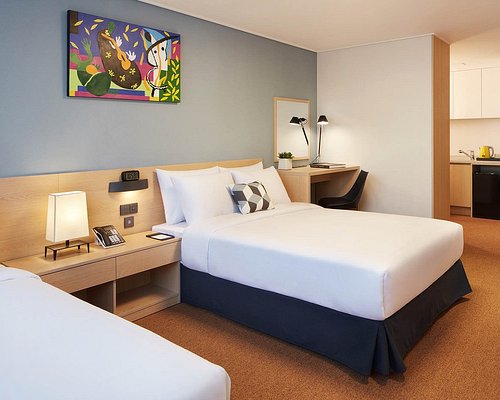 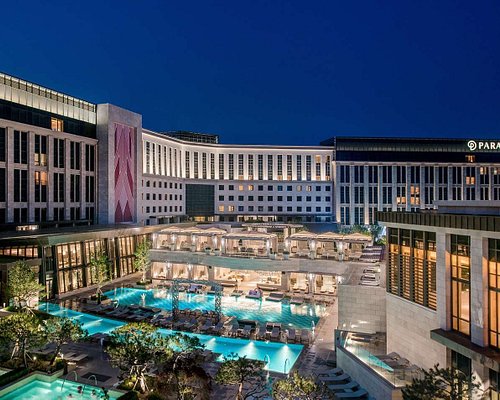 Expedia.com
View deal
Booking.com
US$269
Trip.com
US$260
FindHotel
US$272
View all 16 deals from US$260
296 reviews
7.1 km from Hotel Seattle Incheon Airport
We compared the lowest prices from 16 websites 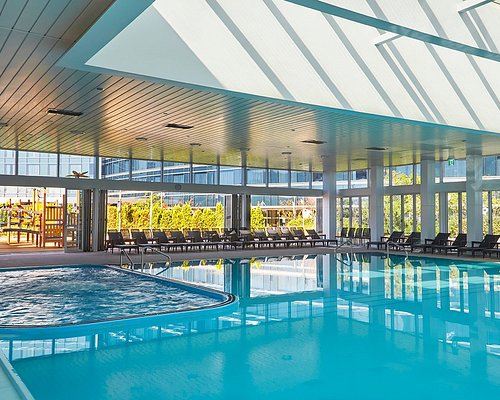 Expedia.com
View deal
Travelocity
Booking.com
US$76
Trip.com
US$84
View all 15 deals from US$76
166 reviews
17.3 km from Hotel Seattle Incheon Airport
We compared the lowest prices from 15 websites
Sponsored
Howard Johnson Incheon Airport
US$56

Travelocity
View deal
Orbitz.com
ZenHotels.com
US$57
Expedia.com
US$61
View all 16 deals from US$57
85 reviews
0.2 km from Hotel Seattle Incheon Airport

Last nights in Korea we stayed at the Sevilla hotel Incheon, close to the airport.
Check in was efficiënt and professional. Rooms actually quite large with nice bathroom. Shuttle service was excellent and on time. Resonable priced hotel with bar restaurant and good breakfast. Nottingham wrong for one night in this created airport city.

This review is the subjective opinion of a Tripadvisor member and not of TripAdvisor LLC.
Kok Wei Y
Incheon
1
Reviewed 31 December 2015
Good hotel

Plenty of restaurant with variety of choice. There is a Lotte Mart within 5 minutes walk. It only take 10minutes to airport and Hotel provides shuttle to airport. Overall, value for money hotel for transit.

Review collected in partnership with Easytobook.com
This business uses tools provided by Tripadvisor (or one of its official Review Collection Partners) to encourage and collect guest reviews, including this one.
Ask Kok Wei Y about Hotel Seattle Incheon Airport
Thank Kok Wei Y

This review is the subjective opinion of a Tripadvisor member and not of TripAdvisor LLC.
garywD2365YL
Redding, California
175
Reviewed 21 September 2015
A very Nice hotel

The Room was much nicer then I thought it would be as the Beds were both Comfy and Clean , I hate a Dirty Hotel and this Hotel was Not Dirty . Plus the Shuttle driver made sure to Get Me back to the Airport in Plenty of time . Overall I gave this hotel a 4 Star review . Do not forget the restaurant as it gave Me some great Food at Decent Prices

Room tip: Get a room on the South side . I did not hardly hear My A/C
Ask garywD2365YL about Hotel Seattle Incheon Airport
Thank garywD2365YL

This review is the subjective opinion of a Tripadvisor member and not of TripAdvisor LLC.
Hallowwin
Chicago, Illinois
86
Reviewed 10 February 2015
A nice hotel to stay, my second choice of the city!

I have stayed at the hotel 2 times and both times have been "complainless." The structure isn't necessarily to my taste, reminds me of my college dormitory, which does bring some good nostalgic moments....along with some bad, but thankfully the hotel experience is nothing to compare with my dorm experience. The room does feel like a hotel room and the food served at their restaurant also isn't anything like what my dorm meal was like! I tend to stick to Korean food while in Korea but they do offer some good western, worth trying! Overall recommend it.

This review is the subjective opinion of a Tripadvisor member and not of TripAdvisor LLC.
mdifanis
Mahomet, IL
2430
Reviewed 11 January 2015
An unexpectedly nice place to spend a nigh near Incheon Airport

My family and I were returning from a trip to the Philippines to the United States, connecting in Incheon. On a previous trip, we ended up with a several hour layover spent sleeping on departure gate chairs. This time we had a 19 hour layover, arriving in the evening and catching a 11:00 a.m. connecting flight the next day. Our goal was to get out of the airport, find a decent (but not extravagant) hotel, and take the subway into Seoul for a very quick look around. After an almost comically frustrating series of misadventures trying to find our way through immigration and out of the airport (impeded repeatedly by airport information staffers who were wearing buttons falsely claiming they spoke English who gave confusing and conflicting instructions).

We were referred to Sevilla Hotel by a woman at the hotel information desk near the airport exit. The closest hotel outside the airport is a wildly expensive place that made no sense for our layover purposes. Sevilla Hotel was only a 10 or 12 minute shuttle ride from the airport and was less than half the price.

The shuttle arrived more quickly than promised. The driver did not speak any English, but that did not create any impediment. Once at the hotel, the two staffers who were working that overnight were both friendly, very helpful, and spoke good English. Since we were just on a layover with none of our checked luggage, the hotel helpfully provided toiletries kits with toothbrushes, toothpaste, and combs, in addition to the usual items in the room.

Rooms were surprisingly nice. We booked two rooms, as we had my wife, our two kids, my mother-in-law and me. I later realized that they gave us the two largest rooms on the floor, giving my kids plenty of space in the larger room to share with my mother-in-law. I think all rooms permit smoking. One of our rooms did not have any odor, while the other did. (Keep in mind that there is still a pretty high percentage of Koreans who smoke.) While I noticed the smell in the one room, it was not even close to being intolerable, and everything in both rooms was impeccably clean.

One reviewer claimed there was no air conditioning. This is incorrect. While we were there in winter weather and did not need air conditioning, the rooms definitely had it, but it was not terribly obvious to a foreigner how to turn it on. The HVAC units in the room have their own wireless remote control, and a separate gigantic remote control that is also used for the television has the buttons to turn on air conditioning. It would be easy to miss, though, since I would never have expected to find a/c controls there--I just happened to see them when studying the dizzying array of buttons, most of which were not labeled in English.

We had planned to find dinner in Seoul, but it was late enough that we decided to look for a place near the hotel. The restaurant in the hotel's lower level is shockingly nice--larger than what I would have thought possible given the size of the lobby above it. The food was excellent and reasonably priced. We were the only customers in the whole place. We did not eat breakfast there the next morning, so I have no feedback on breakfast offerings.

The location is only a block from the Unseo station for the KoRail subway line that connects Incheon Airport to Seoul Central Station, so we were able to walk to the train, get to Seoul in 45 minutes, and get back just as easily.

The shuttle was ready at the appointed hour in the morning, and the location afforded us a very quick trip back to the airport.

After much frustration with information staff in a major international airport who did not speak passable English, this hotel was a perfect combination of price, convenience, comfort, and better-than-expected staff helpfulness!

Room tip: Most rooms are fairly small, but each floor of guestrooms has a couple of oversize rooms (not suites, just more square footage). We lucked into those two rooms without asking or paying extra, so if traveling with a whole family, it's worth asking.
Ask mdifanis about Hotel Seattle Incheon Airport
4  Thank mdifanis