$73
$70
View deal
Free cancellation until 06/04/22
Agoda.com$73
StayForLong
Expedia.com
View all 12 deals
Prices are the average nightly price provided by our partners and may not include all taxes and fees. Taxes and fees that are shown are estimates only. Please see our partners for more details.
donarlmd
Angeles City, Philippines
319

Our visit was just after travel was allowed so it was understandable that some maintainance issues were only seen during our stay. Would like to commend the staff and maintainance on how fast the adressed all our calls. The hotel itself was a rare gem of a find and the staff were very polite and accomodating. Wish i had stayed longer.

Room tip: You can cook food and its walking distance to a wet market and convenience store. McDonalds also within walking distance
Trip type: Traveled with family
See all 328 reviews
Nearby Hotels 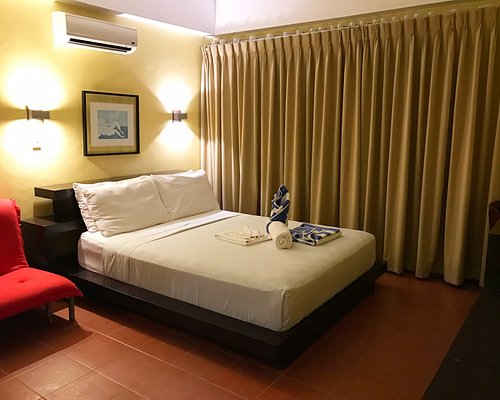 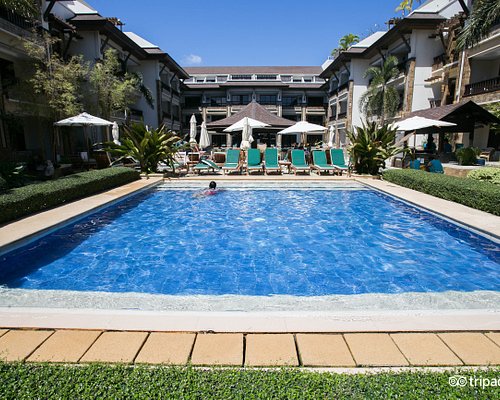 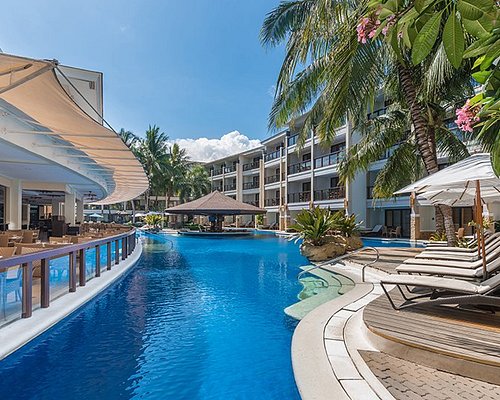 There's a lot of positive things I can say to this place. First of all, the room and the experience is worth so much more than the price I paid. We got our room at a discounted rate (because of course of the pandemic) and sometimes, I feel like I should be paying a lot more. I love their pool! I'm able to do some lapses + it sits conveniently where the sun isn't directly hitting the pool. The room are very spacious, I super love their junior and premiere suites. It is very well equipped, it even has its own kitchen and has a complete stack of utensils. What I love the most is the staff. Even with limited resources, people working there are still able to make our stay feel like their usual best. Special shoutout to Axel Rose who managed our entire stay in there. She's a superwoman, probably the hotel's biggest asset. She deserve a raise! I also love the fact that the hotel is situated near d'mall. I would def go back in here.

This review is the subjective opinion of a Tripadvisor member and not of TripAdvisor LLC.
Rogprice
1
Reviewed February 2, 2021
The most beautiful beach in the world!

The hotel staff couldn't have been more helpful. The pool was great when swimming was not allowed or tide was too low.

This review is the subjective opinion of a Tripadvisor member and not of TripAdvisor LLC.
LisaLyttle
Alicante, Spain
4812
Reviewed December 24, 2020 via mobile
Best place to stay

If you’re looking for clean, spacious and a friendly accommodation in Boracay, look no further than 7Stones. The location is perfect and central, over-looking Bulabog beach. The staff here are absolutely amazing and the pool and grounds are always pristine. Wake up and watch the sunrise. This is my 2nd time staying here and I highly recommend it!

This review is the subjective opinion of a Tripadvisor member and not of TripAdvisor LLC.
Stay503242
22
Reviewed December 13, 2020 via mobile
Fast COVID response

Since the 7-Stones Resort first opened we have stayed there 12 times. It is the premier Resort located on the Bulabog Beach side of Boracay Island. From our accommodation we are less than 75 meters away from the best beach on the island for Windsurfing and Kiteboarding. The rooms are very nice, spacious, comfortable, and maintained in excellent condition. The staff provides excellent service. They are very friendly and efficient.
They closed the restaurant due to COVID but the suites have full kitchen so we just made our own meals which worked perfect at that time
We stayed there in January 20th through February 18th 2020, back then they placed strict masking for all staff and put hand sanitizer and wash area at the entrances to the hotel. Back then there was just a handful of COVID cases in the Philippines.
We felt safe.

This review is the subjective opinion of a Tripadvisor member and not of TripAdvisor LLC.
VAN27
London, United Kingdom
2028
Reviewed February 12, 2019 via mobile
Decent 8 day stay !

We booked a beach front apartment but when we got there they gave us an amazing apartment with a private pool on.the roof, we were very pleased about that.
In general the apartment was decent , the staff was great all super friendly and no request was too much.
When we got there we were told that the restaurant was closed, we had breakfast included. They told us we couldn't have breakfast at the hotel but we could walk down the beach and have breakfast in a little beach caffe, which we didn't mind at the time. The breakfast was ok but not what you expect from a 4 star hotel, we ended up only eating there 2 mornings and after that we decided to have breakfast at the Lemon Cafe in Dmall.
The apartment itself was beautiful but a few things missing, for instance it's an apartment and they don't have a washing machine and we had lizards in our living room and bedroom every night, but we know
that's not the hotels fault.
The Wi-Fi works but isn't great, really hard to stream or download.
The hotel is located in a strange place, it's on the beach but it's in the middle of a residential area and isn't well lit, but don't get put off by that, the locals are super friendly so coming back late at night isn't a problem.
Overall a good hotel but I wouldn't give it a 4 star rating maybe a 3.
It's a beautiful island so definetly worth the money you pay to stay there.