US$30
View deal
eDreamsUS$43
StayForLong
Expedia.com
View all 11 deals
Prices are the average nightly price provided by our partners and may not include all taxes and fees. Taxes and fees that are shown are estimates only. Please see our partners for more details.
enrique21m
Metro Manila, Philippines
1

Food was nice considering the price. Boracay is expensive but theirs is affordable. Merienda has pasta (live cooking), pancit canton, congee cocktail sausages, tuna sandwich, some local pastries and fresh lumpia. I will try their dinner buffet next time @850 pesos with unlimited drinks.

Trip type: Traveled with friends
See all 188 reviews
Nearby Hotels 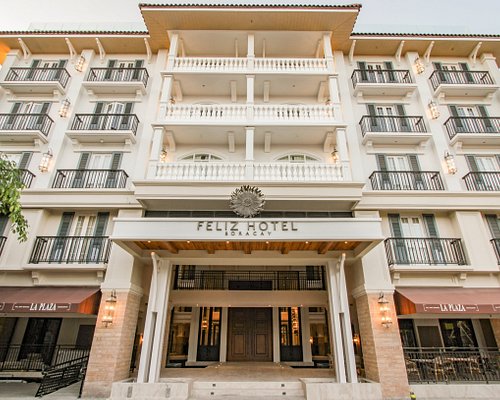 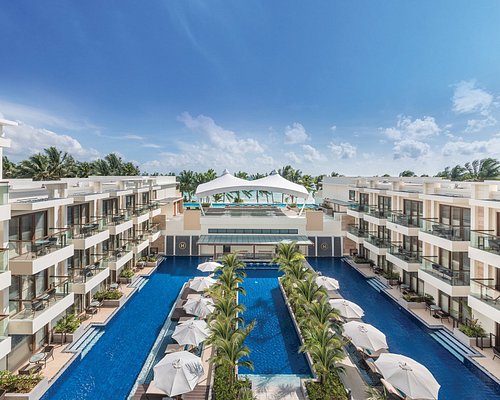 Expedia.com
View deal
Pay up to 12X
Hotels.com
US$80
Agoda.com
US$70
Priceline
US$82
View all 13 deals from US$70
483 reviews
0.3 km from Paradise Garden Resort Hotel & Convention Center Boracay

Expedia.com
View deal
Pay up to 12X
Booking.com
US$62
Agoda.com
US$53
getaroom.com
US$91
View all 16 deals from US$53
3,539 reviews
3.0 km from Paradise Garden Resort Hotel & Convention Center Boracay

Expedia.com
View deal
Pay up to 12X
Booking.com
US$62
ZenHotels.com
US$56
Hotels.com
US$197
View all 15 deals from US$56
320 reviews
3.3 km from Paradise Garden Resort Hotel & Convention Center Boracay

Been travelling solo and obviously been dining out solo, so I heard of their dinner buffet and snack buffet. My first try the dinner buffet, since I will be dining alone I prefer to eat inside the resto than to join the crowd on their outdoor resto, but to may dismay I was advised to eat outside. Then I explain, most of the people outside are groups and I am alone. So, I prefer to stay inside. Another staff, maybe a supervisor asked me again, but I refused. Because there are other customers dining inside too? So, there I was their most hated customer that night. And it shows.

A few weeks later, I was back to try their afternoon snack buffet, I was early so they seat me for a table for 4. However, already with my snacks they asked if I could transfer to another table, as there is a group of customers and they want to adjoin the tables. No problem, I did. A few minutes later, they asked to transfer me again as there is another group coming. Alas! I paid my bills without even trying out some of the foods. Their food doesn't taste good anyway. Waste of money.

This review is the subjective opinion of a Tripadvisor member and not of TripAdvisor LLC.
loids2014
Luzon, Philippines
2644
Reviewed 5 July 2019
Clean environment, courteous staff and classy dinner buffet

I stayed in this hotel for a work-related trip. The best thing I appreciated about this hotel was the courteous and helpful staff from check-in to check-out.

The room was clean and basic amenities were provided (e.g., towels, toothbrush, soap, shampoo). The toilet is big enough but the lavatory is a bit small, which made water splashing unavoidable. In addition, the toilet seat was small that it did not fit the toilet bowl well causing a bit discomfort to the user. The bed, sheets and pillows were comfortable enough though.

The dishes served during the seminar were good and varied but mostly too salty. However, the buffet dinner was really great!

This review is the subjective opinion of a Tripadvisor member and not of TripAdvisor LLC.
ChenTheOmega
Cebu Island, Philippines
21
Reviewed 29 June 2019 via mobile
Dinner Buffet

We bought a cake for our friend since he's celebrating his birthday. We were told that if we eat the cake, we need to pay, but we can take it out for photo purposes, and that is fine. But the waitress kept on telling us 3 times that we should not eat the cake as if we are small children being reprimanded by our parents. Horrible. The food experience that was mediocre got worse. Keep it up. Lol

This review is the subjective opinion of a Tripadvisor member and not of TripAdvisor LLC.
worldtrotter26
Atlanta, Georgia
37013637
Reviewed 23 June 2019 via mobile
Lively hotel and nice buffet

This place located in Station 3 in Boracay. Nice bar and good buffet at affordable price. For adventurous, you can try their G-MAX. Place is mostly Chinese tourists. Staffs were great! This is a must see place!

This review is the subjective opinion of a Tripadvisor member and not of TripAdvisor LLC.
aldofarias
Sao Paulo, SP
10443
Reviewed 19 April 2019 via mobile
Human hair in the food, disgusting!

I went to the buffet paying 650 pesos before start to eat, I met a human hair in the food and I cannot eat more my lunch, they were so disrespectful and offered me just 80 pesos of "compensation"... So, I lose my money, my lunch and I had a terrible experience...they don't know how to treat tourists...