US$56
View Deal
Free cancellation until 28/02/21
Booking.comUS$70
TravelocityUS$55
FindHotelUS$56
View all 14 deals
Prices are the average nightly price provided by our partners and may not include all taxes and fees. Taxes and fees that are shown are estimates only. Please see our partners for more details.
YengDeCastro
Puerto Princesa, Philippines
1

From the time I set foot into the reception , the staff were excellent. The place was so quiet and very nice.
Comfortable, quiet rooms with great beds. Food was great too...My daughter and I had so much fun in Panja Resort.

Review collected in partnership with this hotel
This business uses tools provided by Tripadvisor (or one of its official Review Collection Partners) to encourage and collect guest reviews, including this one.
See all 199 reviews
Nearby Hotels 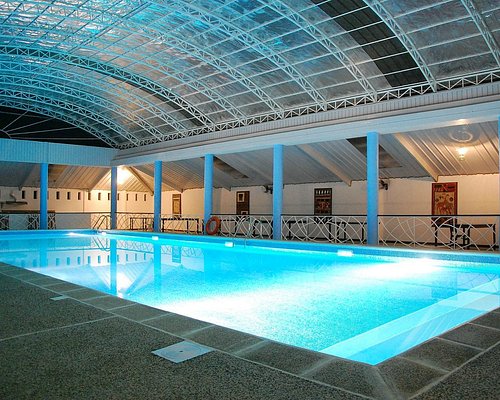 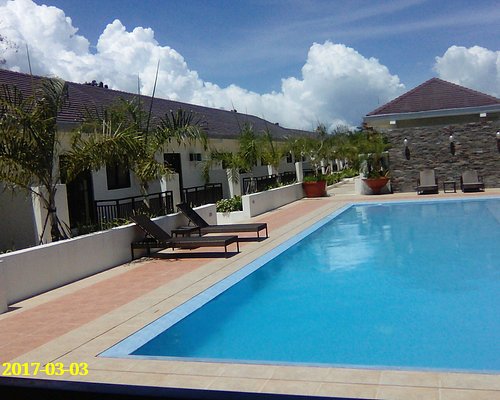 Southwind Palawan
US$51
Booking.com
View Deal
Free cancellation
Reserve now, pay at stay
eDreams
US$51
Agoda.com
US$26
Expedia.com
US$37
View all 13 deals from US$26
26 reviews
5.3 km from Panja Resort Palawan
We compared the lowest prices from 13 websites

Breakfast included
Costa Palawan Resort
US$74
Booking.com
View Deal
eDreams
US$82
Trip.com
US$26
Expedia.com
US$53
View all 14 deals from US$26
53 reviews
7.1 km from Panja Resort Palawan
We compared the lowest prices from 14 websites
Citystate Asturias Hotel
US$43

Expedia.com
View Deal
Pay up to 12X
Trip.com
US$32
Travelocity
US$43
Orbitz.com
US$43
View all 12 deals from US$32
217 reviews
5.5 km from Panja Resort Palawan
We compared the lowest prices from 12 websites
Top Rated
Breakfast included
Astoria Palawan
US$67

Trip.com
View Deal
Booking.com
US$66
Agoda.com
US$39
eDreams
US$66
View all 13 deals from US$39
387 reviews
7.6 km from Panja Resort Palawan
We compared the lowest prices from 13 websites
Breakfast included
Uyang Bed and Breakfast
US$19

Staffs are very accomodating and helpful. Very nice place, the view is spectacular and solemn. It is also conducive for exercise. Can be recommended to other friends especially during this pandemic period.

Review collected in partnership with this hotel
This business uses tools provided by Tripadvisor (or one of its official Review Collection Partners) to encourage and collect guest reviews, including this one.
Ask vernonvalones about Panja Resort Palawan
Thank vernonvalones

This review is the subjective opinion of a TripAdvisor member and not of TripAdvisor LLC.
jeanlyh2020
1
Reviewed 24 October 2020
Excellent

This review is the subjective opinion of a TripAdvisor member and not of TripAdvisor LLC.
irraangelikavill2020
Palawan Province, Philippines
1
Reviewed 1 October 2020
Panja resort deserves a 5 star! :)

Review collected in partnership with this hotel
This business uses tools provided by Tripadvisor (or one of its official Review Collection Partners) to encourage and collect guest reviews, including this one.
Ask irraangelikavill2020 about Panja Resort Palawan
Thank irraangelikavill2020

This review is the subjective opinion of a TripAdvisor member and not of TripAdvisor LLC.
anna_malgapo
Palawan Island, Philippines
2
Reviewed 26 August 2020
Considered this place as my home

I stayed there for more than a month and we the time i need to leave, I was sad because everyone was so nice to me and seems like there are my family already. There's no such thing as a perfect hotel but how the people treated me seems like a fantastic hotel. Looking forward to stay with this hotel again on the future :)

We thank you wholeheartedly for taking the time to write this review and for the appreciation.

Our purpose is to treat our guests like family and to treat each one with respect and the best service that we can offer.

We believe we have been lucky and fortunate to have you as our guests more than you can imagine. Guests like you who are filled with positivism and good vibes always brightens up the place even more.

Our returning guests always attests that the feeling of home and familiarity is alive here and that is the reason they keep on coming back aside from the unparalleled view and the nature.

Admittedly we are not perfect and believe we always still have room to grow.

Thanks and see you again soon,

Report response as inappropriateThank you. We appreciate your input.
This response is the subjective opinion of the management representative and not of TripAdvisor LLC.
PalawanLife85
Puerto Princesa, Puerto Princesa, Philippines
119
Reviewed 22 August 2020
Poor customer service

We stayed here this weekend, hoping for a quiet place to relax, only to find out that there would be a MASS GATHERING/company team building of a group of more than 20 people also checked in on the same day. We can't blame them for being loud and having fun, but they basically occupied most of the facilities, to the detriment of other guests. They were shouting in the pool and in the hallways as late as 11pm. We don't know if any of the hotel staff told them to be quiet. But it was hard to sleep with all that noise.

The hotel did not inform us that there would be a large group there, even if we made a reservation just the night before. We sent them a message today but all they can say was "We mean to tell you during check in but didn't have a chance," which does not make any sense. It's not that we wanted to have the entire hotel to ourselves. But it's one thing to have a fully booked hotel with people who don't know each other, compared to one BIG group who all arrived together. The hotel could have suggested a different date for us. I doubt it that this huge group arrived without prior reservation as well.

Even for the discounted price, it's not worth staying here.

The restaurant staff were very nice, which is the only redeeming factor.

But here are other mild annoyances, which wouldn't have been a big deal, but it is if you add them up.

-the aircon remote was in Korean. So we had to search for translations just to get the AC to work properly.
-Food delivery is not allowed. But their restaurant is only open during limited hours. So if you go hungry, you need to wait or go out to town.
-When we arrived at the gate, they asked each of us in the car to fill out a log in form. So we were stuck in the car just filling out the forms, when we could've done this during check in.
-The bed is too hard. Woke up with back pains.

Consumer Responsibility to Service Representative Industry
We thank you for sharing your experience during your stay with us. However, from the moment you entered and when asked to fill out the forms and necessary details, we felt difficult to communicate with you. We always request people entering the property to be checked for their details and temperature before allowing them inside. Some people have come to inquire, some dine and some would like to avail of hotel services. These are necessary procedures for contact tracing and as per government regulations. Those who would like to check in have to fill out the necessary forms as guests of the hotel including registration forms and health declaration forms. Again, these things are necessary and mandated by the government. We were surprised you were so condescending in questioning our procedures and whether the guard house and the hotel have different owners.
When we say that “we mean to tell you during check in but didn’t have a chance” because we really did. You rudely dismissed the front office for the briefing outright by saying you can read. We have a procedure before check-in to inform our guests of all hotel policies so they will know and all the necessary details that may cause any inconvenience on their part (for example internet problems with PLDT if any, etc.). We could have told you that “currently we have other guests which is composed of a group occupying 11 rooms”. By that time, you could have made the decision to either stay or leave. But the communication already broke at that point. The group you mentioned belong to a single office and were doing their team building hence we advise them to hush at some time in the evening because we also have other guest.
We have 35 rooms and the total number of rooms at the time does not even reached 50% capacity including your room in our effort to comply with government regulation. Actually we allow them to have only 2 guests per room for social distancing measures.
Lastly, we are currently in a limited operation to comply with the current situation. Part of what we could have explain to you during the briefing is the limited hours of the restaurant as well as the limited number of people we have. Hence, we admit our normal operation is not what it used to be. We care for our staff that is why we insist on going on operation in order to support them in whatever manner we can although we are operating at a loss as you can imagine. This is the only day on the week we have this many number of guests. We are thankful some guests choose to stay with us but guests should also show respect. We understand we cannot please everyone but people should have respect and manners always wherever we work and in whatever form, whether we are working in the private, government or non-government organization.

Report response as inappropriateThank you. We appreciate your input.
This response is the subjective opinion of the management representative and not of TripAdvisor LLC.
View more reviews
PreviousNext
123…34