Perfect as always - The Chermside Apartments

US$229
US$87
View deal
Hotels.comUS$138
Booking.comUS$229
CheapTicketsUS$138
View all 14 deals
Prices above are provided by partners for one room, with variable occupancy rules as provided by the property, and do not include all taxes and fees. Please see our partners for full details.
Tracy H
Brisbane, Australia
226

Review of The Chermside Apartments
Reviewed 3 weeks ago

We made a sad trip to Brisbane and our go to is The Chermside. Amy was amazing and once again we felt comfortable and welcomed to our home away from home. Short trip from Brisbane Airport and close to whatever we need.
Thanks for having us Chermside Apartments.

See all 170 reviews
Nearby Hotels 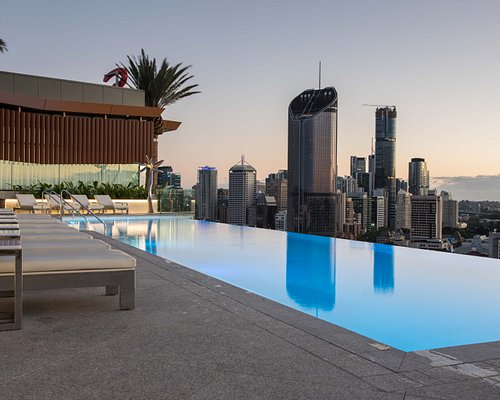 Hotels.com
View deal
Pay up to 12X
Booking.com
US$112
Destinia.com
US$109
Expedia.com
US$112
View all 16 deals from US$109
730 reviews
8.3 km from The Chermside Apartments
We compared the lowest prices from 16 websites
Morgan Suites

Priceline
View deal
Trip.com
US$934
Agoda.com
US$768
Expedia.com
View all 13 deals from US$768
404 reviews
9.7 km from The Chermside Apartments
We compared the lowest prices from 13 websites
Evolution Apartments
US$600
US$574

Expedia.com
View deal
Free cancellation
Reserve now, pay at stay
Hotels.com
US$574
CheapTickets
US$574
eDreams
US$600
View all 16 deals from US$574
690 reviews
9.2 km from The Chermside Apartments
We compared the lowest prices from 16 websites
Oakwood Hotel & Apartments Brisbane
US$151

Hotels.com
View deal
Pay up to 12X
Expedia.com
US$139
Agoda.com
US$107
eDreams
US$155
View all 16 deals from US$107
263 reviews
8.7 km from The Chermside Apartments
We compared the lowest prices from 16 websites
The Great Southern Hotel Brisbane
US$139

Expedia.com
View deal
Free cancellation
Pay up to 12X
Hotels.com
US$139
Trip.com
US$130
eDreams
US$132
View all 16 deals from US$130
1,599 reviews
9.6 km from The Chermside Apartments
We compared the lowest prices from 16 websites
The Metropolitan Spring Hill

Booked accommodation in Oct 20 for a July 2021 sporting event for a large group, cancelled the booking Dec 2020 as the event was changed due to local council restrictions with COVID. Even though cancellation was 7 months prior to event they would not offer even a partial refund or credit. Disgusting way to treat a Not For Profit organisation. Manager would not even return calls or email - just simply kept the money. We understand that there should be an administration or cancellation fee but to keep the whole deposit which was considerable is disgusting. According to their website and their receptionist, the accommodation was fully booked so they did not lose anything. Greedy and disgusting conduct.

Ask Beverly B about The Chermside Apartments
Thank Beverly B

This review is the subjective opinion of a Tripadvisor member and not of TripAdvisor LLC.
V2530DTkimh
5
Reviewed 18 June 2021
Not clean

Nothing good about this place! I had to change rooms because the cutlery was dirty, the sheets had been slept in and not changed from the previous tenants, the microwave had food splattered in it.
The next room they gave me, I checked the sheets and they were clean but the plates were dirty and there was a used towel in the bathroom. The balcony looked as though it had never been swept and had a cigarette butt on the ground. The staff were very apologetic.

This review is the subjective opinion of a Tripadvisor member and not of TripAdvisor LLC.
Pauline S
1
Reviewed 7 June 2021
Toilet leakage

Booked in around 2.00pm one afternoon. Visited reception around 6.00pm to advise of leaking Toilet at base of pedestal, Fluid was dis-coloured and smelly. Was advised could not attempt repairs until next morning. Asked if we could use another toilet, was told we would have to change rooms, which we did later. made several request to speak to manager, no success. Next morning we discovered the shower water was backing up and overflowing out onto the floor . Maintenance arrived and proceeded to pour Draino or something very toxic down the pipe. We were asked to clear the room as the chemical was very smelly. Seemed to work. Not happy with things and finally spoke to the manager by phone several days later, after we left. She asked what were my expectations. I said an apology would be nice however we are still waiting. (not) Stay there again? Very unlikely

This review is the subjective opinion of a Tripadvisor member and not of TripAdvisor LLC.
Steady1976
1
Reviewed 30 May 2021
TERRIBLE SERVICE

Most staff were lovely however one in particular made our stay a nightmare. Unhelpful. Unfriendly. Extremely unprofessional. I would NEVER recommend this place to anyone. We were completely stuffed around in January 2021. Our apartment wasnt ready and we had to stay in 3 small motel rooms. This stay (May 21) was to attend a funeral. We requested an early check in and were happy to pay however this was denied. A staff member advised he would see the room be ready so we could change after an inter state flight, only to be later told we couldnt by a rude lady admin worker. We had to get changed into funeral attire on the street. only reason we returned teh second time was due to the fact we had a credit. A credit which was reduced from original agreed amount. Do not waste your money here!

This review is the subjective opinion of a Tripadvisor member and not of TripAdvisor LLC.
ross m
Blayney
4756
Reviewed 9 February 2021
central spot to stay

we stayed here for 4 days it was clean, comfortable bed breakfast included in the price. It was reasonable for that location.
It was a short walk to chermside mall, it was close to the bus terminal to go to Brisbane and not far from the chermside rsl club.as well as MacDonalds
Great location

Room tip: i can only say ours was great
Ask ross m about The Chermside Apartments
2  Thank ross m