Expedia.com
Travelocity
Orbitz.com
View all 13 deals
Prices are the average nightly price provided by our partners and may not include all taxes and fees. Taxes and fees that are shown are estimates only. Please see our partners for more details.
Littlecalfuk
Retford, United Kingdom
17383 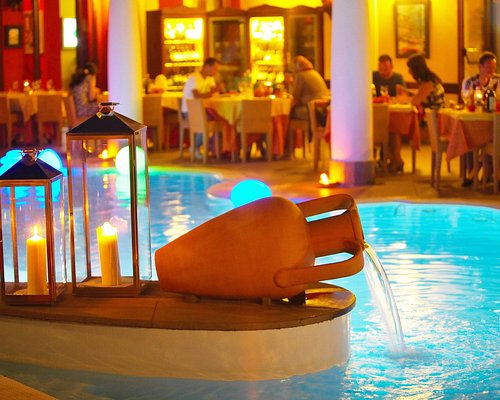 Hotels.com
View deal
Official Website
US$89
Booking.com
US$128
Prestigia.com
US$141
View all 18 deals from US$89
791 reviews
0.4 km from Villa Augustus
We compared the lowest prices from 18 websites
Breakfast included
Hotel Cutimare - Aeolian Charme

If you want a holiday with memories, this hotel will guarantee you that. We arrived late morning, left our bags and went and explored Lipari and Vulcano. On returning after dinner, we got the room keys, handed them out to the group and promptly went to find our rooms. My room had no working air-conditioning and the shower was practically on the toilet, meaning the toilet roll got damp and the bathroom floor was soaked and slippery for the rest of the evening. Who would put a shower in that location?!

On asking about wi-fi, I found the other teacher at reception trying to connect and failing. Then giving his phone to the receptionist who also couldn't connect and threw the piece of paper away saying rubbish, and still not connected to wi-fi. No tweet to parents tonight then!

We went off to check the students were in their rooms, and that is where the adventure began. One room was a bunkbed with next to no space in what felt more like a corridor than a room. Another had no working air-con and a ceiling fan which wobbled precariously, and one room we couldn't find. On asking the hotel receptionist where room 36 was, he stated in a manner not to disimilar to Basil Fawlty, next to 26 of course. I implied that was ridiculous and promptly went to walk up the stairs, at which point he then shouted at me! Room 36 was between rooms 25 and 26...I wondered what breakfast would be like having now read other reviews, small but enjoyable, i was relieved to be leaving. I would not choose to stay there again, ever. According to our guide, he has a reputation on the island and clearly meets that expectation with an A*

However, should it be taken over by new management, it is a very quirky hotel with bags of potential.

This review is the subjective opinion of a Tripadvisor member and not of TripAdvisor LLC.
AlexDurok
Paris, France
83
Reviewed 2 July 2018 via mobile
Owner is constantly yelling

Honestly I rarely write bad reviews but here the owner of the hotel is terrible. We stayed 3 days and he has been constantly yelling at its employees at the lobby as well as customers. This behavior isn’t acceptable in front of customers.

Besides that, standard rooms are pretty basic, at the first floor they are quite dark, and you have open shower directly in the bathroom.

Location is great but you have plenty of nice hotels around so you should clearly go on our way.

This review is the subjective opinion of a Tripadvisor member and not of TripAdvisor LLC.
Anneke R
51
Reviewed 13 October 2017
Old hotel at walking distance from harbour

After visiting several aeolian islands we came in this hotel and were shocked. The toilet was in the shower! The bathroom overall was really small and the whole hotel is not modernised. The beds are also very hard and nobody of our group slept well. Also, for as far as I know, there is no elevator! Lucky we were on the first floor! We also had a lot of musquitos in our room.
The only advantage is that it is in the centre and really close to the harbour.

This review is the subjective opinion of a Tripadvisor member and not of TripAdvisor LLC.
Maryann W
Praia A Mare, Italy
101
Reviewed 4 August 2017
Wonderful Stay

There is so much to this hotel. The items in each area were so interesting. One would think you were in a museum with all lovely memories of life, culture, and art. The room was wonderful, so lovely, and the breakfast was wonderful.

This review is the subjective opinion of a Tripadvisor member and not of TripAdvisor LLC.
Seyahatte
Frankfurt, Almanya
4346
Reviewed 25 May 2017
Its ok

we stayed three days here and never got a smile from any staff.I dont know why...I am not european thats why maybe.. the breakfasts were not so ok...The rooms were clean and comfortable ....good location but it is much too expensive for what it is.