The location is good, close to the beach, rooms very specious and recently renovated, with nice panoramic views over the peninsula.
Rooms are big, swimming pool area is small but fine and big enough, food is excellent.
the food was really superb- and a very "cool" hotel staff. The only issue was the
AC it will not go below 24c even if the front desk reduced it to 21st .More

Dear costumer,
on behalf of the staff of the Laguna Palace Hotel, we would like to thank you for taking the time to fill out the survey. I thoroughly enjoyed reading your encouraging comments about your stay which assured us that we are headed in the right direction. Additionally, we will take into consideration your suggestions and input which will help to create a better experience which at the Laguna Palace Hotel.
Hotel Management

Report response as inappropriateThank you. We appreciate your input.
This response is the subjective opinion of the management representative and not of TripAdvisor LLC.
See all 570 reviews
Nearby Hotels 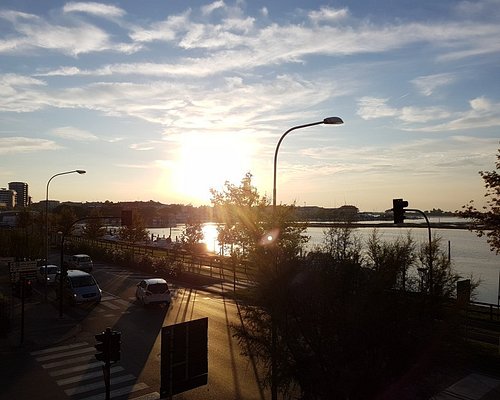 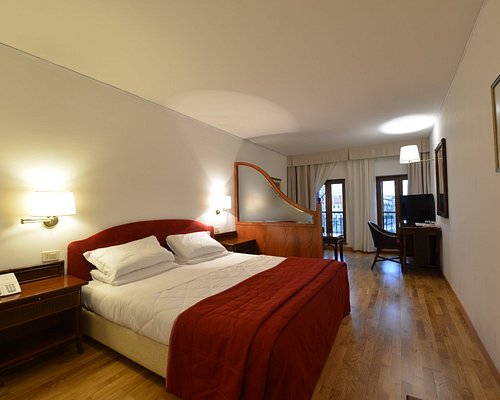 We spent two days in Laguna Palace in the middle of August.

The location is excellent. The room we had was rather small (not enough wardrobe space to unpack) but clean and silent. Would be great to sleep there, but there was a huge problem with air conditioning, which simply did not work, or was too weak to cool down the (small !) room below 25 degrees (as shown on the AC control panel, I felt like is was more than that).
IT WAS WARM THERE IN THE ROOM, all the time. Given that it was a middle of hot summer, this was unaccptable. At the night we arrived I talked several times to the reception staff downstairs, wanted to be moved to another room, but they said the hotel is full, which was probably true.
Strangely, the lobby/reception area was comfortably chilled...
Next day I talked to the hotel manager, who told me that there was a thunder storm few days ago which destroyed a part of the AC machinery on the roof, and they still were not able to have it repaired. The damaged machinery was responsible for the AC in the rooms (I understood - all the rooms) in the hotel, while the lobby and breakfast room are served by another AC system, which remained untouched. The manager offered me 15% discount off the room price, which I accepted as I had no choice of moving elsewhere, and we did not want to spend time looking for another hotel for one night in overcrowded Grado.

I would probably remain believing that we just had bad luck and that this AC problem was a short time inconvenience, but after the return I found reviews of other travellers reporting exactly the same occurence already in July, so the AC disfunction either repeats or continues throughout the summer. Beware, you may not be sure that you will feel comfortable there in summer.

To supplement the report: the breakfasts are ok, although a bit disorganized, in a chilled room though :)
There is a underground parking there, for reasonable price, with a lift to the lobby and rooms, convenient.

All in all, good hotel, with absolutely unreliable air conditioning. Will not get back there in summer.

This review is the subjective opinion of a Tripadvisor member and not of TripAdvisor LLC.
elena496
Moscow, Russia
611
Reviewed July 15, 2019
nice place

Stayed for 8 days in July, the hotel is very good, food is excellent, I would like to thank especially the staff of the restaurant, very kind and friendly, nice pool and spa, only not possible always make a resrvation. A little difficult to visit surroundings, maybe hotel could organise some excursions

This review is the subjective opinion of a Tripadvisor member and not of TripAdvisor LLC.
Z2061XKjasonj
23
Reviewed June 11, 2019 via mobile
No AC no one cares

Staying here over 400 per night with my family. AC will not go below 25c sorry but that’s not comfortable sleeping.. no one at the front desk really cared. Looks at their computer and said they adjusted down but nothing has changed... last time here.. #wideawakesweating.& wishing for my 900 back!

This review is the subjective opinion of a Tripadvisor member and not of TripAdvisor LLC.
RakeshG62
Netherlands
4611
Reviewed August 20, 2018 via mobile
Very good hotel, with nice panoramic views over the peninsula

We were quite lucky getting the last room in this hotel in the Ferragosto week. The location is good, close to the beach, rooms very specious and recently renovated, with nice panoramic views over the peninsula. The only minus to this hotel was the breakfast, which was too much Austrian focused (many Austrians are visiting Grado), with just unsophisticated continental breakfast and unripe fruit. Also the coffee was not according to regular good Italian standard. Nevertheless I believe this is a good place to stay in Grado.

This review is the subjective opinion of a Tripadvisor member and not of TripAdvisor LLC.
klegau
Vienna, Austria
8343
Reviewed August 10, 2018
Very good hotel close to beach area

It was our first stay here with our little son (2yrs) and I can recommend this hotel. Rooms are big, swimming pool area is small but fine and big enough, food is excellent. The only drawbacks we had to find out was an unexpected long serving time during dinner at the hotel-restaurant (I wouldn't dine there again) -nevertheless, the food was really superb- and a very "cool" hotel staff -don't expect too many smiling faces, but again no complaint because all inquiries were served fine. The beach is just 5minutes away on foot and you can either rent an umbrella for around 18EUR or bring your own one and stay at the beach. City centre/some shops/restaurant are also just 5-10minutes away on foot.

So overall, we enjoyed our stay very much but still for a 5-star rating I'd expect a bit more service orientness - but who says to always go for 5 stars? :-)

This review is the subjective opinion of a Tripadvisor member and not of TripAdvisor LLC.
View more reviews
PreviousNext
123…
<script type='text/javascript' cro