Great place, reasonable prices, clean and your even welcomed with dogs - Villa d'Este

Great place, reasonable prices, clean and your even welcomed with dogs

Grado itself is a beautiful place. It´s an island, and i am sure, the best in the whole region. It´s not comparable to places like Lido di Jesolo or Lignano, but much more nicer! There are not so many tourists and the architecture looks great in the Old City. The Villa d´Este has nice rooms, a small swimming pool, good staff, and my room had a small balcony. Air condition was fine. The prices are totally OK, and it´s no problem to take your dog with you. In Grado there is even a special beach for dogs. I recommend this hotel and will stay there once more when i come back to Grado. We came with a car which you can park in the hotel area.More

Thank you for choosing the Hotel Villa D’Este for your recent stay in Grado and for your kind feedback here on Tripadvisor.

We are so happy to read about your beautiful stay with us and that you appreciated Grado, that is a crown jewel of the Friuli Venezia Giulia.

We are extremely pleased for your kind comments about our Hotel and that you were satisfied with our services, such as the swimming pool and its sun beds, the cleaning service and the kindness of the whole Staff, as you wrote.

We offer high standards at an affordable price, besides many additional facilities in the neighborhoods of our Hotel, such as the beach for dogs nearby.

Thank you in advance for recommending out Hotel to your friends. We all hope to welcome you back soon.

Report response as inappropriateThank you. We appreciate your input.
This response is the subjective opinion of the management representative and not of TripAdvisor LLC.
See all 81 reviews
Nearby Hotels 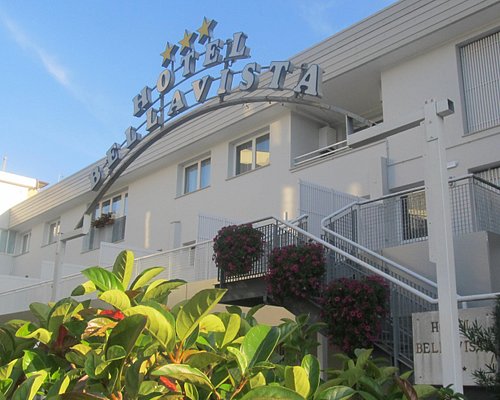 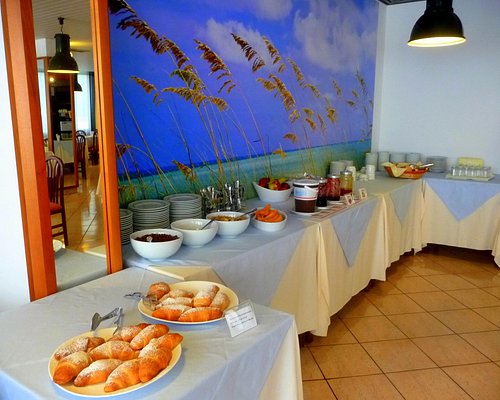 I was in “Villa d’Este” in the beginning of July 2014. To be honest based on the reviews, I’ve expected more.

There are free parking spaces on the street available near to the hotel. Additionally there are two parkings available – one for “Villa d’Este” (free of charge) and one for Hotel Touring (5 euro per day).

The pool, which you can see on the picture is in fact really small. I wouldn’t say it’s suitable for swimming.

The room was relatively small and in desperate need of renovation. There were stains all over the walls, the tiles on the floor were not in the best conditions. Time to time the hallway in front of our room smelled like feet (no joke :) ). The bathroom was clean, but again with some broken tiles, etc. Unfortunately, several times the towels were far away from clean. The shower cabin was a bit small, but obviously it tends to be a standard in 3-stars hotels in Italy. There was a small fridge, air-condition and TV in the room – all working fine. The balcony was OK as well - small, but enough for a table and two chairs.

If your room is looking towards the street – be prepared for noisy mornings! We had the “luck” to have a bunch of “early birds” for neighbors and they woke us up at 8 o’clock latest every morning.

The breakfast was good. Boiled eggs, salami, ham and cheese, muesli, yogurt and fruits together with croissants, white and full grain bread.

There is a grocery shop, pharmacy and pizza place really close to the hotel. The beach is also not far away – about 10 min. walking distance. For the ‘newbies’ in going to Italy’s sea side (as we were this year) – be prepared that you have to pay to enter the beach. The minimum amount is 2 euro/person (just to enter) and it can grow to 8-13 euro/person if you want sun-chair and umbrella.

To sum up – “Villa d’Este” was not the worst place I’ve been, but I doubt I go back.

we would like to thank you for the time you spent writing this review. Opinions and suggestions made by our customers are of prime importance to us in order to better understand how improve our services.
We are truly sorry that you did not enjoy your experience with us and did not appreciated your accomodation. However our Staff pays close attention to all our Guests’ needs, so if you had said to receptionnists your dissatisfaction, they would have done everything possible to satisfy your requests (e.g. with a change of room).
Regarding your comment on our swimming pool, we are sorry that you found it small but we assure that it is perfectly suitable for swimming.
We are glad that you appreciated our breakfast and the hotel’s location. In any case, we hope to be able to welcome you back in the future!
Kind regards