$103
$79
View deal
Free cancellation until 01/29/22
Trip.com$103
Travelocity$89
CheapTickets$89
View all 12 deals
Prices are the average nightly price provided by our partners and may not include all taxes and fees. Taxes and fees that are shown are estimates only. Please see our partners for more details.
Aenrea A
Derby, United Kingdom
62

Review of The Coral Beach Club
Reviewed October 4, 2018 via mobile

The resort is very clean and quiet. Air is so fresh and it's very relaxing just to hang around there. Food was super tasty and delicious, it's worth the price and big portion too. Although beach is not the best, but the management did their best to keep it clean. Will come back again next year.More

Thank you very much for your review. We work hard to ensure our guests enjoy their stay.

Report response as inappropriateThank you. We appreciate your input.
This response is the subjective opinion of the management representative and not of TripAdvisor LLC.
See all 237 reviews
Nearby Hotels 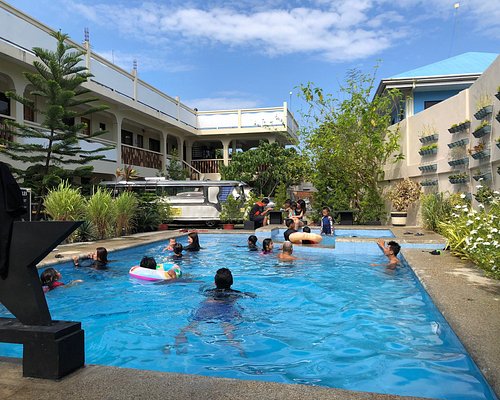 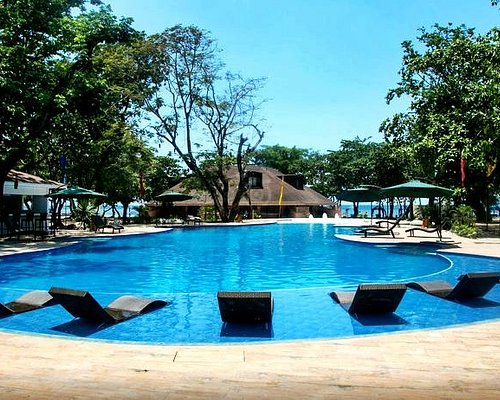 +The resort is small and quiet. Very good place to relax.
+ Rooms and resort are very clean.
+ Spacious room with daybed
+ aircon, ceiling fan and electric fan are available
+ Clean bathroom
+ Nice small pool
+ They kept their beach clean (at least their front)
+ Seems the owner is very hands on, we saw him all around checking with guests
- weak data signal; we were not told that wifi is available during check in (usually it is being noted during check in per experience)
- no comllimentary toothbrush and toothpaste; complimentary shampoo is good for one only.
-no complimentary bfast but there's a resto. Better if there's an option to book with bfast at discounted rate as it is a bit pricey.

Overall, it is still a nice stay and we will definitely consider the place as one of the choices in Batangas.

Good afternoon, thank you for your review and sorry for the slow response. We are very pleased you enjoyed your stay. Please come and see us again soon.

Report response as inappropriateThank you. We appreciate your input.
This response is the subjective opinion of the management representative and not of TripAdvisor LLC.
RitzSM
14
Reviewed June 12, 2018
Cozy :)

I was scared that our vacation will be a nightmare. We got the there 7:30pm and when we checked in, i was told there were no mattress available. I paid for 4 pax and its clearly stated n my booking. They did everything they can to provide what is needed and we appreciate it. I just feel that these things can obviously be prevented.

Overall, our 3 day stay was absolutely relaxing. We love their staff and food :) Ooooh by the way, It will also be nice if they clean and take out the trash from the beach. :)

Thank you very much for your review, we are pleased you enjoyed your stay. We have now have extra mattress for just about every room. I also discussed your issue with our staff and it should not happen again.

The beach is something we are working on all the time. We are also working with the Barangay Captain to solve the issue of the beach.

Report response as inappropriateThank you. We appreciate your input.
This response is the subjective opinion of the management representative and not of TripAdvisor LLC.
jovyt2017
34
Reviewed June 1, 2018 via mobile
Worth it!!!

Initially, my husband and I were planning to go to a different place but our resort of choice was fully booked at that time. So we hunted for a resort just a few hours from Manila. This was also not our original choice because I find it a little pricey (not within our budget to be exact) but we decided to give it a try because it looks good in pictures. And I am so glad my husband convinced me to have this one instead. The place is nice and quiet, you will definitely feel relaxed. We got the premier room and to our surprised, it is big for a couple a nice, well maintained, clean functioning bathroom! It has a nice pool and little jacuzzi where you can stay and feel relaxed while looking at the beach or watching the sunset. Plus the staff are polite and accomodating.

Thank you very much for the review. We are very happy you enjoyed your stay with us. Hope to see you again soon.

Report response as inappropriateThank you. We appreciate your input.
This response is the subjective opinion of the management representative and not of TripAdvisor LLC.
ErnestoA685
Manila, Philippines
7852
Reviewed May 17, 2018 via mobile
Nice Resort....... Small..... Nice

There last May 12 to 13, and it was as usual a drive much worth it. Nearer than Laiya our favorite beach go-to, and just besides Nasugbu is Lian where Matabunkay beach is situated.

The resort is not that big but being owned by an Aussie who lives on the property the place is as nice as it should. We checked in and were shown our room, but the wife noticed thw room wasn’t the one she booked. We were informed that we were moved to another room for the A/C was broken and not workin well. But we insisted so got that said room which is by the beach( actually 20 mtrs to the beach). The quantity of rooms and guests were well balanced, checking the parking lot which was full you didn’t feel crowded, not at all.
There’s a small pool (which the filters could have been set to filter to keep it clean)and a jacuzzi asides from the beach of course. Food ain’t included but was well worth it for a serving is enough for two. Rooms were well maintained (asides from the A/C which was stuck at a single speed) but with a ceiling fan was enough to cool al of us down when it got too hot and as we slept.
Im assuming it’s a nice diving spot but you may need a separate trip to take you to deeper water for at low tide, water barely went up my knee at 30 m from the shore.
Overall, everything was just right. Price, good food, nice room and everything else in between, not 5 star but on a budget well enough. As we left, the Aussie owner happened to be there and sent us off.(Staff said he’s actually the son who took over qhen he passed).

This review is the subjective opinion of a Tripadvisor member and not of TripAdvisor LLC.
Eva A
6762
Reviewed April 24, 2018
Enjoyable weekend celebration

Arrived at the resort at 12 noon after navigating the traffic from Nasugbu to Lian, Lunch was simply good and dining hall reserved for us was comfortable with big TV screen and good enough for seminars. It was too hot to swim so we stayed in the room until 4PM, went out to book for boats for the ff day, Swam in the pool - water was hot too from sun.
Hope they have canopy for the pool to maximize time at pool . Also some leaves and burnt embers were flying at some time. Beach was too crowded by Sunday noontime. People can rent floating cottages and crowded the beach , seems like no designated swimming area. Boating and snorkeling to watch fishes and corals were nice though.

Room tip: rooms near the beach and pool are good for view but can be noisy
Ask Eva A about The Coral Beach Club
1  Thank Eva A

Thank you for your review, I'm glad you enjoyed your stay. Please let us know if you have any suggestions. We are always working to improve the beach with the help of the Mayor and Barangay Captain.

Report response as inappropriateThank you. We appreciate your input.
This response is the subjective opinion of the management representative and not of TripAdvisor LLC.
View more reviews
PreviousNext
1…456…