$201
$167
View deal
Hotels.com$178
Trip.com$179
getaroom.com$201
View all 13 deals
Prices are the average nightly price provided by our partners and may not include all taxes and fees. Taxes and fees that are shown are estimates only. Please see our partners for more details.
Louisewilkinson91
1

Superb service, the staff really couldn’t do enough. I had a superb meal of salmon to room service late at night and it tasted as good as if I’d had it in the restaurant (often room service is awful). Service from Luis at breakfast was best in class, made me feel extremely welcome and an excellent coffee!More

Thank you for sharing your experience with the fellow travelers.

Is really pleasant to read how much you enjoyed and how good our food was. I will make sure to pass you comments on to the Kitchen Team as they will be delighted to know.

Luis is indeed, a brilliant asset to the Hotel and a pillar in the operation - he will be very happy with your comments.

I hope to see you back soon.

Report response as inappropriateThank you. We appreciate your input.
This response is the subjective opinion of the management representative and not of TripAdvisor LLC.
See all 967 reviews
Nearby Hotels 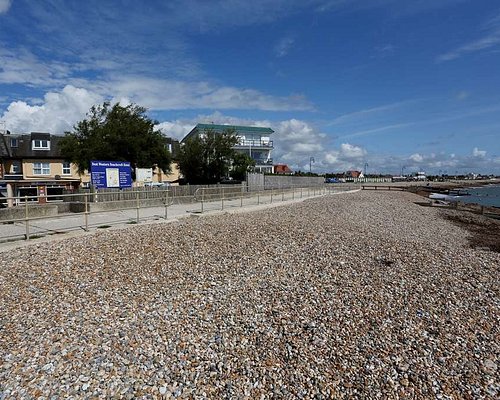 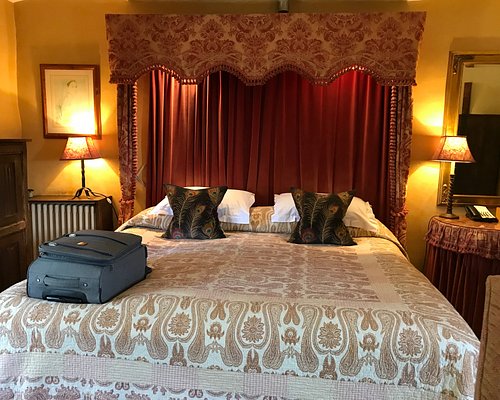 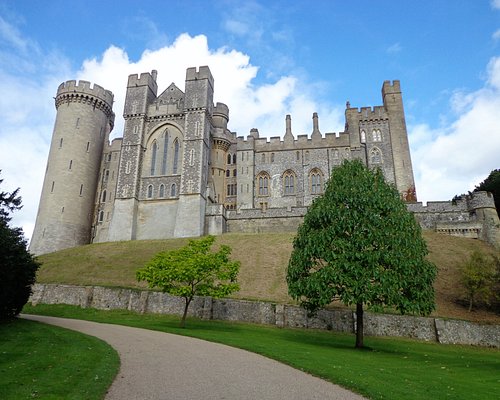 Back for a girlie weekend after 5 years and the hotel is still as good. Staff could not do enough for you especially the manager, the lovely lady on reception and Ashleigh in the restaurant, The beauty of this hotel is that it is so close to the beach that you can hear the sea (if your room is at the front). We had a lovely relaxing weekend and seriously considered booking for next year as we checked out.

Thank you for taking the time to review your experience with us.

I am really happy to read that you have enjoyed yet one more stay with us even after so long without visiting us. I am also happy to see all the updates we have put in place.

I will make sure to pass you kind words on to the Team as I know Ashleigh and our Receptionist will be delighted with your comments.

I look forward to your next visit.

Report response as inappropriateThank you. We appreciate your input.
This response is the subjective opinion of the management representative and not of TripAdvisor LLC.
Peter R
Poole, United Kingdom
287534
Reviewed November 19, 2021
Many Happy Returns.

Once again, we have had a lovely short stay at The Best Western Beachcroft Hotel at Feltham, just outside of Bognor Regis.
The staff are some of the best we have come across in over forty years of staying in hotels around England and Europe.
The one down side of this trip was, for us, that we did not see our friend Andre, who was away in Portugal visiting his family.
We were fortunate that I booked early. That way we got our favourite room No. 44, the one with the best sea view and one of the few that have their own balcony.
During the lockdown the hotel had taken the opportunity to make a few upgrades. One of these was to remove the normal windows from four or five rooms and to install a door. This door leads to a small balcony which has been carefully and tastefully built on the roof of the reception and restaurant. The balconies are in the form of a deck complete with wooden surround fence and matching table and two chairs. It is excellent for sitting out in the fresh air and watching the waves breaking on the shore.
It seems as though, in the hospitality industry, Christmas comes early. We arrived just as the finishing touches were being put to the hotel’s Christmas decorations. Slightly understated but tasteful is how we described them.
My wife is a chilly mortal and hates the cold. She did not have to worry as every part of the hotel was “as warm as toast”! The only thing warmer was the reception we received.
We ate four breakfasts and two dinners in the hotel the breakfasts were so filling that neither of us ate any lunch during our stay.
One extra thing I will say is to the ladies that are so often forgotten in reviews. The cleaners. Everything during our stay was absolutely spotless.
Oh yes just one more person needs a mention. The seemingly never stopping Maintenance Engineer. We saw him working on several occasions. Even though the hotel looks very bright and modern, it is based on several old houses and needs a lot of attention to keep everything running smoothly.
Thanks once again to all the staff at the Beachcroft Hotel.
On our arrival we renewed our acquaintance with Tom and Philip on reception and met, for the first time, Carla, the newest member of the reception team.
Later when we went down to dinner another old friend, Louis, was waiting in the bar. We also met Sue, another new face in the restaurant. She was standing in for Ash who still has two weeks left of her maternity leave having had her baby in the summer.
So, to dinner on our first night. As usual we came down early and sat in the bar with a drink to read the menu. A tonic for Jean and a ½ of Staropramen Czech beer for me. Only ½ because I wanted some wine with my dinner.
We read both the restaurant and the Bistro menus. Jean decided on the vegetable wellington whilst I stayed in character by ordering the rack of lamb.
We chatted with Sue and Louis and soon our food was ready.
Jean’s wellington looked lovely. Thin golden pastry wrapped around a vegetable loaf sat in a pool of rich tomato sauce. Alongside was a large portion of fondant potatoes. She tucked in and said it was all lovely. Surprisingly “meaty” for vegetables.
On my plate was a veritable mountain of creamy mash topped with three large, nicely cooked lamb chops. Topping this were two roasted baby carrots. Sitting alongside was a couple of tablespoons of puréed sweet potato. Yummy. The chops were a little fatty but cooked “pink” as I like them and very tender.
I would love to tell you about desert but, unfortunately, we were far too full to even think about a pudding.
Everything about our four-night stay was just “perfect”.
Hopefully we will return soon.

Thank you for always reviewing your stay with us.

Is always a pleasure blast for me to read your reviews as I get to learn all the details of your experience, as well as, everything you have enjoyed.

As you know, is a great pleasure for all of us at the Beachcroft to welcome you and Jean especially myself as I always learn something with you.

Myself and the Team are already looking forward to your next visit and we all wish you a Merry Christmas and a successful 2022.

Report response as inappropriateThank you. We appreciate your input.
This response is the subjective opinion of the management representative and not of TripAdvisor LLC.
JohnH20
London, United Kingdom
42
Reviewed November 13, 2021
So Good we've booked again for Next Year

Our Wimbledon based book club stayed here for two nights in early November2021 (10 of us in all).

From checking in to checking out the staff were professional, obliging and thorough with nothing being too much trouble to ensure our stay was as enjoyable experience as possible. Particular mention here goes to Andre who handled the initial booking and Carla for the meet and greet both ensuring that the individual and group requirements were accommodated with Phil and Jan delivering with excellence on the promises made.

The hotel is a delightful place, close to the beach and promenade, rooms are attractively presented, very comfortable and adhere to the highest standards of cleanliness. Some have balconies, verandas and large windows facilitating good views of the sea, Dog owners are welcome and accommodated on the ground floor
We had breakfast both days and one evening meal on the our arrival day, all expertly and attentively managed with quiet efficiency by Luis and his staff.
As a group the general consensus which I am representing in this review is that we have no hesitation in wholeheartedly recommending the hotel, the staff and the location for a short weekend stay. We have great memories of the experience and have booked again for next year

Thank you for taking the time to review your experience at our Hotel with the fellow travelers.

It is with great pleasure that I learn about your stay with us. We aim to provide our guests with memorable experiences and is with a feeling of mission accomplished that I read your review. I will make sure to pass your kind words to the Team who will be delighted with the feedback.

I look forward to your next visit.

Report response as inappropriateThank you. We appreciate your input.
This response is the subjective opinion of the management representative and not of TripAdvisor LLC.
joebussey
Oxford, United Kingdom
6366
Reviewed November 13, 2021
Late autumn visit

Once again another excellent visit to the Beachcroft, very good welcome from reception on arrival and for the rest of our six day stay. Our Classic twin room was very large and well presented with a view down the beach towards Middleton. Room made up very well every day. Restaurant immaculate and impressive, food and service very good. Thanks for a great stay we will be back for more.

Thank you for taking the time to review your stay with us.

I am really happy to read about your stay with us. We go through great efforts to provide our guests with a fabulous experience.

I hope you return to our Hotel soon and please contact the Team at the Hotel for any assistance required with future bookings.

Report response as inappropriateThank you. We appreciate your input.
This response is the subjective opinion of the management representative and not of TripAdvisor LLC.
April B
1
Reviewed November 9, 2021 via mobile
Beautiful beach huts and hotel

We stayed for the weekend in one of the beach huts next to the hotel. Wow! It was absolutely beautiful inside and to such a high standard! The decking area was directly in front of the sea and it was truly beautiful sat there watching the sunrise in the mornings. The staff were amazing and nothing was too much trouble, we felt so looked after throughout our stay and definitely didn’t want to leave! Thank you so much to you all and you have definitely been recommended to our friends and family

Thank you for your lovely review.

It is with great pleasure that I read about your stay and how much you have enjoyed it.

Our Beach huts do have an unique view, being right on the promenade and watching the sunrise from the deck is an experience on its own.

I hope to be welcoming you back soon.