Spanish Villa Resort
Spanish Villa Resort
Lowest prices for your stay
Lock in the lowest price from these sites
US$63
View deal
Expedia.comUS$63
Hotels.comUS$63
PricelineUS$63
eDreamsUS$63
CheapTicketsUS$63
TripadvisorUS$63
View all 13 deals
Prices are the average nightly price provided by our partners and may not include all taxes and fees. Taxes and fees that are shown are estimates only. Please see our partners for more details.
Trail584837
2

The girl at front desk was very nice and the cleaning staff were friendly! The rooms were a bit outdated but it is expected at the price point that they had. They were well cleaned though and had good AC

Trip type: Traveled with friends
See all 122 reviews
Nearby Hotels 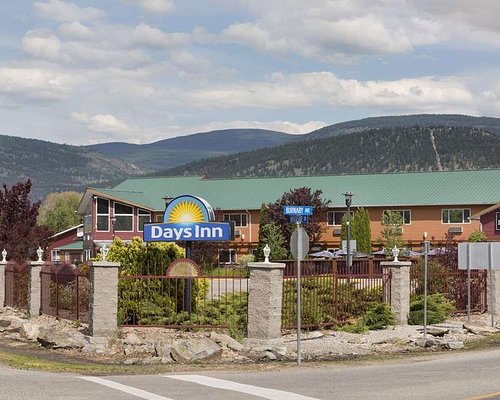 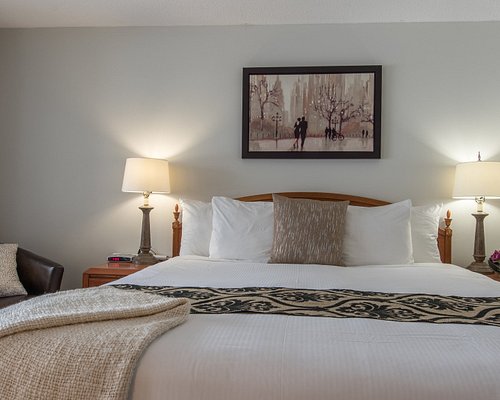 Expedia.com
View deal
Free cancellation
Reserve now, pay at stay
Priceline
US$72
Booking.com
US$72
Hotels.com
US$72
View all 12 deals from US$72
221 reviews
5.0 km from Spanish Villa Resort
We compared the lowest prices from 12 websites 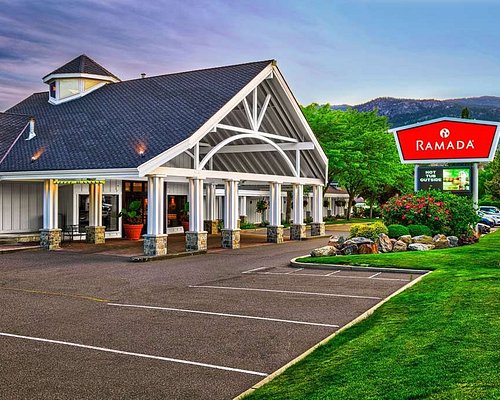 Priceline
View deal
Expedia.com
US$79
Booking.com
US$79
Hotels.com
US$79
View all 12 deals from US$79
212 reviews
5.5 km from Spanish Villa Resort
We compared the lowest prices from 12 websites
Hotel Penticton, Ascend Hotel Collection
US$116

Wyndham
View deal
Priceline
US$96
Destinia.com
US$88
Expedia.com
US$96
View all 17 deals from US$88
1,317 reviews
0.5 km from Spanish Villa Resort
We compared the lowest prices from 17 websites
Penticton Lakeside Resort & Conference Centre
US$163

Expedia.com
View deal
Free cancellation
Pay up to 12X
Booking.com
US$107
Official Hotel
US$91
Priceline
US$107
View all 17 deals from US$91
492 reviews
0.4 km from Spanish Villa Resort

When we arrived at the Spanish Villa there was no management on-site at all. The cleaning lady took our license plate and name to let the employees know that we had arrived and had gone on a tour. When we returned. there was staff in the office. Unfortunately, the poor woman fell when she was helping me. It was awful to see. She insisted she was okay but that was a nasty fall. We got to our rooms and left right away to another adventure. It was really hot that day, 38 degrees. When we returned, the girls' room didn't have cold water, the tub didn't drain and they didn't have air conditioning. They had a unit that made a terrible noise and banged every few minutes. My room had mugs that someone had drunk out of and wasn't cleaned as the coffee was congealed on the outside. We were outside trying to get a hold of someone who worked there. Office locked and no one answering the phone or the room we were to knock on if no one was in the office. Two girls were locked out of their room and couldn't get a hold of anyone. I told my daughter to try her key and unfortunately, it actually opened their door. The people in the room beside us asked us to try our key on their door and it opened theirs as well. This was now a scary situation as we didn't know how many keys opened others rooms. The girls didn't sleep that night as it was hot and noisy. They were able to get cold water from my room, but eventually, I went to sleep. The next day I saw a cleaner and a man on the top floor and asked if they worked there. The man stated he was the Manager. I explained to him everything that happened. He gave me an explanation that they had recently bought that motel and a couple of others. He told me of the one that they originally owned and he worked out of. I let him know that we and many others tried calling there as well and no one answered. He stated that the maintenance man was on sight and I let him know that he was not on sight and we banged on his door as did many other guests. He was very polite and apologetic. He did refund my money for the girl's room and discounted my room as well. I will not stay there again.

This review is the subjective opinion of a Tripadvisor member and not of TripAdvisor LLC.
SteveA538
Calgary, Canada
1112
Reviewed 26 February 2021
Clean, but very basic.

Big, mostly empty room with limited facilities. But it's clean, and the beach is only a few feet away! Face it, you are here for the beach, so paying too much for a cheap motel is not the end of the world..

Parking can be challenging, as there are 100 trucks in a space for 50 cars.. or so it seemed.

Thank you for taking the time to write a review, we hope to see sometime again in the future, There is one parking stall for each room, it does get a little tight at times, but we all manage.

Report response as inappropriateThank you. We appreciate your input.
This response is the subjective opinion of the management representative and not of TripAdvisor LLC.
shaunad2014
Kamloops, Canada
336
Reviewed 27 August 2020
Buyer Beware!

Buyer beware of the small print cancellation policy. They have a 2 week cancelation policy, if you cancel within that, they forfeit your deposit of the first night. I paid $198 to secure a room and had to cancel 12 days prior to coming. They kept my deposit ad refused to credit me back. This is absurd in Covid 19 times. Everything is refundable, more than ever. I am now in a battle with my c/c trying to get it back from them. I obviously did not notice their policy when I booked, but I was also not looking closely as anyone knows, all travel is more or less refundable right now. So I paid $198 for nothing. TERRIBLE and unfair policy. Hotels.com appealed on my behalf as well to no avail.

This review is the subjective opinion of a Tripadvisor member and not of TripAdvisor LLC.
billbZ3258ER
194
Reviewed 7 October 2019
Stop 1--BPTH 2019 ALCAN Highway trip

This was the first stop on our 2019 ALCAN Highway trip. As other reviews indicate, the hotel is old and tired and we were on the second floor with an outside staircase for access--which means humping luggage up stairs. The room was quite small with two queen-sized beds taking up most of the room. Location was great--right across the street from the lake and it's activities, but unless you plan to stay for more than one night (we stayed just one night, arriving in late afternoon) you likely won't get the benefit of the lake activities. Cost was $166.50 (discount rate) plus $24.98 tax for a total of $191.48 (Canadian)--which was high for what we got.

Room tip: Ask for a room with a view of the lake on the ground floor if you want to avoid stairs.
Ask billbZ3258ER about Spanish Villa Resort
1  Thank billbZ3258ER

Thank you for taking the time to post a review, We hope to see you again!

Report response as inappropriateThank you. We appreciate your input.
This response is the subjective opinion of the management representative and not of TripAdvisor LLC.
bigbadbrad155019
Toronto, Canada
1016
Reviewed 18 September 2019
Very tired

We have been spending a week or so here over the last three years and unfortunately this will be our last. Bed was a disaster with sag and lumpy spots. Never used to be so bad. Room service was non existent. One bed made in 5 days. Not acceptable. Staff are freindly and the place was almost empty so no reason for not getting to it, just did not happen. Great location but that will only carry you so far.

We're sorry to hear that you were unhappy about your stay with us. Our goal is to provide a clean and comfortable environment for our guests to relax during their time with us. We do wish that any problems or concerns were brought to our attention promptly so that we may have resolved them. We hope to see you again in the future.