Hotel Sonar Bangla - Kolaghat
Lowest prices for your stay
Lock in the lowest price from these sites
US$55
US$50
View deal
eDreamsUS$50
PricelineUS$55
Agoda.comUS$50
TripadvisorUS$50
Expedia.com
Hotels.com
View all 13 deals
Prices are the average nightly price provided by our partners and may not include all taxes and fees. Taxes and fees that are shown are estimates only. Please see our partners for more details.
parnashreechatterjee
Howrah, India
2

See all 289 reviews
Nearby Hotels 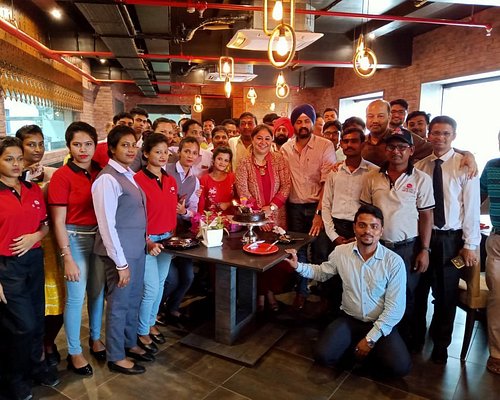 Report response as inappropriateThank you. We appreciate your input.
This response is the subjective opinion of the management representative and not of TripAdvisor LLC.
Amod D
Kolkata (Calcutta), India
355
Reviewed 28 February 2021
BEAUTIFUL LOCATION WITH MEDIOCRE SERVICE LEVELS

Stayed in this hotel yesterday . The check in process is long and tedious. Food quality is ordinary and basic. Rooms are very good with an attached balcony. Very spacious rooms but toilets are ill kept . Service levels and overall I will rate this property as basic .

Report response as inappropriateThank you. We appreciate your input.
This response is the subjective opinion of the management representative and not of TripAdvisor LLC.
Bohemian94
1
Reviewed 7 February 2021 via mobile
Pathetic Customer Service

The behaviour of the hotel GM himself was extremely rude and irresponsible. It was almost as if he didn't care. Can't imagine what the staff experience would be. Planned to go there, but decided against it after these experiences.

Would advice against choosing this.

This review is the subjective opinion of a TripAdvisor member and not of TripAdvisor LLC.
subhasis9363
Kolkata (Calcutta), India
716
Reviewed 1 February 2021 via mobile
Terrible

1 day outing today itself. It was a terrible experience. Worse quality of food. Only buffet option was there. Food quality very poor and in cold condition. Only good thing about the hotel is location.

This review is the subjective opinion of a TripAdvisor member and not of TripAdvisor LLC.
Joydeep S
Hyderabad, India
11
Reviewed 17 January 2021 via mobile
Not that great as you see on the internet

Despite of having great ratings and reviews everywhere online, we had a very bad experience with the hotel. Starting from the reception, the guys checking in were neither interested nor welcoming. Even after booking and paying the full amount in advance online, they made us fill up a manual form which was so absurd . There wasn’t any parking space, and the watchmen were super rude cause the hotel was house full and asked us to park elsewhere. They didn’t have enough parking space or valet. Considering they charge so much for a room these things are very basic. Then comes the food, the restaurant is nothing like as shown in the pictures. There were not enough seating arrangement despite having huge hall. For first 15mins nobody came to take our order. And they had a set menu such took about 2 hours to come to the table, which is ridiculous considering you have a set menu. Food was stale and cold and tasted very very basic and too oily. They didn’t even had salt pepper shakers in the table or napkins or didn’t even offer us water. It was more like public BPL canteen. It wasn’t good, nothing which qualified outrageous prices it billed. Rooms were good, and the views were nice too. But the TV didn’t work, nor did the WiFi. They gave us the WiFi password, yet it didn’t work at all. Receptionist and the guys didn’t bother at all. We politely gave feedback to one of the guys at the restaurant, they didn’t bother either. We told them during the checkout, the least they were was being courteous or apologetic. I saw other guests complaining too, but they were all the same.

I don’t think it’s worth the hype, and worth all the money it charged. It has one of the worst services I’ve ever encountered and the staff and the people were very rude and unhelpful. The boys didn’t even take a group picture of us when we asked themg to.

Don’t get me wrong, the rooms were great and hotel was clean overall. Service and food could have been better for the prices.

This review is the subjective opinion of a TripAdvisor member and not of TripAdvisor LLC.
View more reviews
PreviousNext
12…49