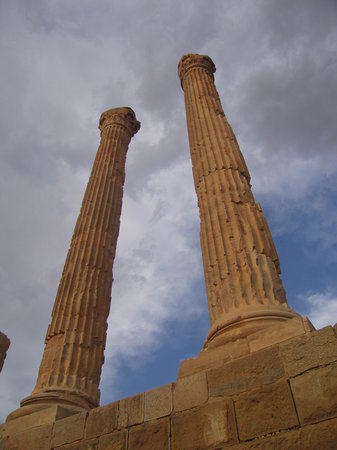 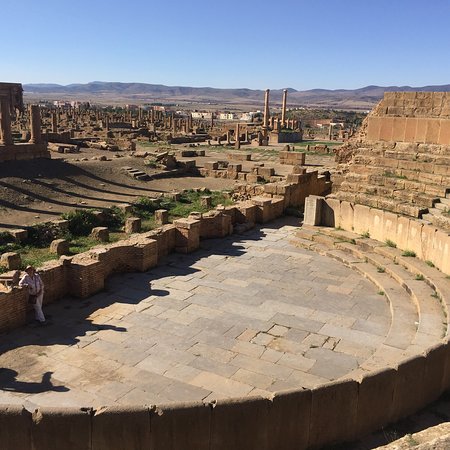 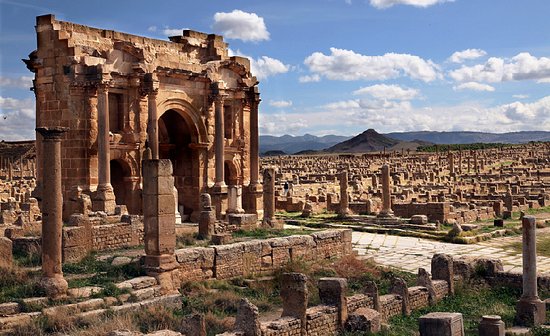 Rate:
Report as inappropriate
Timgad was a Roman colonial town in Algeria founded by the Emperor Trajan around 100 AD. Originally designed for a population of around 15,000, the city quickly outgrew its original specifications and spilled beyond the orthogonal grid in a more loosely-organized fashion. In the 5th Century, the city was sacked by the Vandals and two centuries later by the Berbers. The city disappeared from history, becoming one the lost cities of the Roman Empire, until its excavation in 1881. (Algerianmaze66, Jul 2019)
Timgad

Rate:
Report as inappropriate
Truly awe inspiring place, it costs about 10 cents to enter, and is one of the best preserved Roman Ruins in the world, offering what’s said the be the best examples of city grid planning in any Roman site. Enjoy! (jcaulum, Apr 2019)
If Timgad were in another country, it would be... 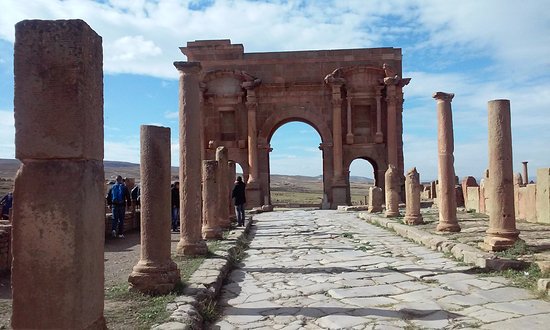